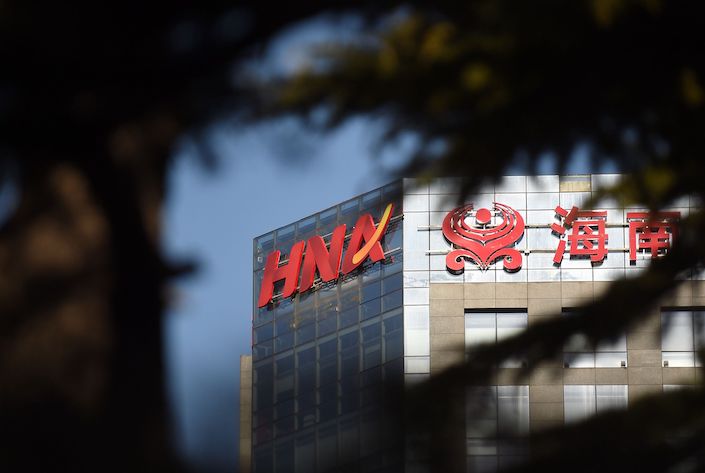 The HNA logo on a building in Beijing.

Platinum signed a definitive agreement to acquire Ingram Micro from HNA Technology Co., a Shanghai-listed unit of the Chinese conglomerate, it said Wednesday. The sale is expected to be completed by the first half of 2021, according to the statement.

Ingram Micro, which traces its roots back to 1979, offers technology and supply chain services. It has more than 35,000 employees and operations in 60 countries providing solutions in areas such as cloud, mobility and enterprise computing, according to Wednesday’s statement.

The deal ranks as this year’s biggest disposal by a Chinese company to an overseas buyer, according to data compiled by Bloomberg. Once one of the country’s most acquisitive companies, HNA made a splash internationally with purchases of everything from golf courses to hotels.

In the past two years, the debt-laden conglomerate shed billions of dollars in holdings across sectors such as real estate, and Chinese authorities said in February that the company would be taken under government control. The transaction caps months of negotiations between Platinum and HNA.

HNA Technology said in an exchange filing earlier this month that it was in talks with banks about the payment of $1.35 billion in loans that are past due. The company hasn’t paid off any of them, which are part of a $4 billion syndicated loan used to finance the acquisition of Ingram Micro in 2016 in an all-cash deal worth about $6 billion, the early December filing showed.

The deal is subject to the approval of HNA Technology shareholders and regulatory clearance, according to Wednesday’s statement. Ingram Micro Chief Executive Officer Alain Monie will stay in his role after the transaction closes, and the company’s headquarters will remain in Irvine, California.

Los Angeles-based Platinum is run by Tom Gores, who has an estimated net worth of about $5.1 billion, according to the Bloomberg Billionaires Index. Ingram Micro would be among the largest-ever deals for the firm, which has about $23 billion of assets under management, according to its website.