By Wang Juanjuan and Yang Ge 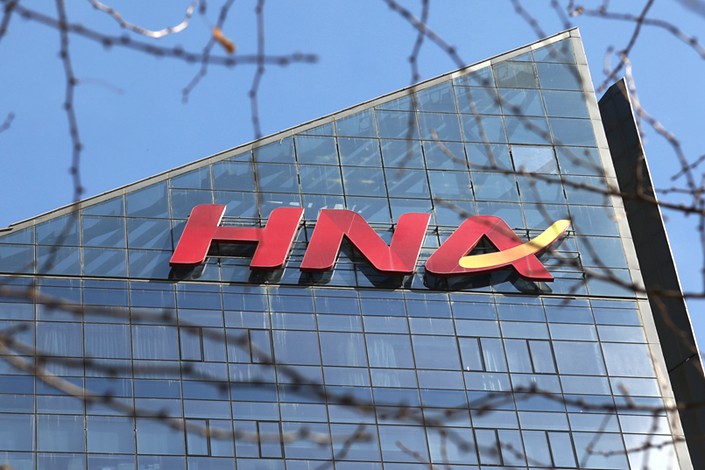 South China’s Hainan province is setting up a working group to help resolve financial issues at HNA Group Co. Ltd., the former high-flyer that is struggling under a mountain of debt incurred during a spending spree that boosted its net assets to 1.2 trillion yuan ($171 billion) at its height.

HNA has invited the Hainan provincial government and other relevant departments to provide experts for a “Hainan Province HNA Group United Working Group,” with the aim of helping to resolve the company’s risk, HNA announced Saturday on one of its official social media accounts.

The company has been steadily selling assets since 2017, including stakes in hotel giant Hilton Worldwide Holdings Inc. and a number of real estate holdings. It was one of several Chinese companies, which also included Anbang Insurance Group Co. Ltd. and Dalian Wanda Group Co. Ltd., that embarked on aggressive buying campaigns in the 2010s, only to later struggle under huge debt loads.

The provincial-led working group tasked with helping HNA resolve its debts will be led by Gu Gang, 43, chairman of Hainan Development Holdings Co. Ltd., a coordinator for large projects in the province. The group’s executive deputy will be Ren Qinghua, 45, a senior official with Hainan’s Yangpu Economic Development Zone. The group will have two deputies, Li Shuangchen, who comes from a civil aviation background, and Cheng Gong, who comes from policy lender China Development Bank.

One of HNA’s earliest assets was its Hainan Airlines Holding Co. Ltd. It later went on to acquire many related assets, taking stakes in regional air carriers around China and globally, and also buying aircraft leasing firms. But it moved beyond its original focus as well, culminating with acquisitions like its $6 billion purchase of computer parts distributor Ingram Micro in 2016.

“The creation of a working group to ease HNA’s liquidity issues is credit positive for both financial institutions and aircraft lessors, because it will help support an orderly resolution and restructuring of HNA, in addition to reducing contagion risks,” said Sean Hung, vice president and senior analyst at Moody’s Investors Service.

As the ongoing Covid-19 outbreak pummels China’s travel industry, HNA is likely to require financial assistance from the likes of banks, aircraft lessors and others in the form of refinancing and rental payment relief, as well as loan extensions, Hung wrote.

“However, these measures do not necessarily mean all of HNA’s debt and assets will be taken over by the government,” he said. “We expect the working group will likely divest some of HNA’s assets, for example, certain equity stakes and noncore assets, to improve HNA’s financial position for debt repayment, and ultimately look for strategic investors after the clean-up.”

Formation of the group marks the latest step in the province’s efforts to assist the troubled HNA. On Feb. 19, the province held an urgent meeting attended by HNA Chairman Chen Feng to discuss the company’s situation. Deputy governor Shen Danyang was assigned to handle the case. Several changes determined at a stakeholder meeting on Friday included the departure of Chen Xiaofeng, also known as Daniel Chen and son of Chairman Chen Feng, as CEO. Veteran HNA executive Tan Xiangdong took over the CEO role, and Ren Qinghua was also named co-CEO.

Such a return to its roots will include the sale of HNA stakes in 12 local airlines outside Hainan, as well as five non-Chinese carriers. The company already has agreements to sell off its stakes in seven of those regional carriers in China, as well as three outside the country, with talks in progress for sale of another of those offshore assets.

HNA once had as much as 1.2 trillion yuan in assets in 2017 at the height of its buying binge. But the figure has come down steadily since then as it sells off assets, some of which have lost value since their original purchase. Its net assets had dipped below the 1 trillion yuan mark to about 980 billion yuan in the middle of last year, according to its 2019 mid-year report.