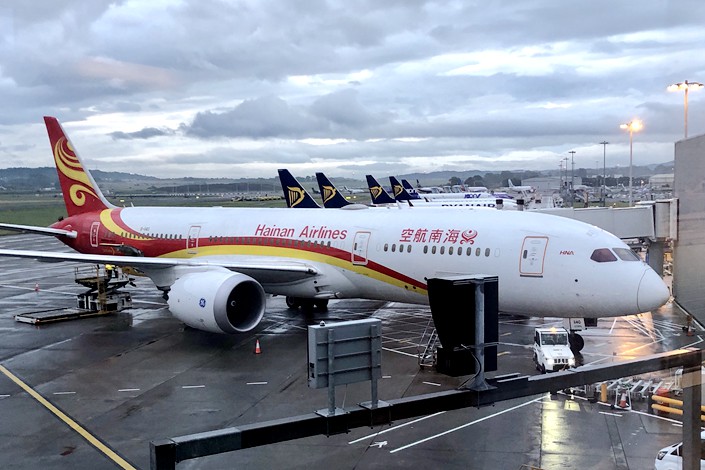 The government has decided to step in to prop up cash-strapped HNA Group Co. Ltd., as the coronavirus outbreak exacerbates the conglomerate’s long-running liquidity crisis.

The government of Hainan, the southern island province where HNA is based, has decided to dispatch a team to HNA to devise a rescue plan to ease its cash crunch with the cooperation of its current management team, Caixin has learned from multiple sources.

On Wednesday, the Hainan government held a meeting to discuss the matter attended by Hainan Vice Governor Shen Danyang and HNA Chairman Chen Feng, the sources said, adding that a formal plan wasn’t set and the discussion centered on how HNA itself could sell assets to ease liquidity pressure.

Lately, rumor has it that the government would take over HNA and sell its aviation assets to several state-owned carriers.

“Times are tough now,” a source close to the company said. While it is not the right time for HNA to sell assets, the coronavirus outbreak has worsened the situation, leading to a cash crunch, the person said.

HNA is among a group of high-profile Chinese giants that accumulated billions of dollars in assets both at home and abroad in recent years. Many of them have been forced to sell off assets, as Beijing warned in mid-2017 of financial risks posed by their massive piles of debt. The company has since made headlines for missing bond repayments. At the end of June, it reported (link in Chinese) 706.7 billion yuan ($100.5 billion) in total liabilities.

The coronavirus has taken a toll on HNA’s core aviation business as it has on the entire sector. In January, the number of passengers of Hainan Airlines Holding Co. Ltd., one of HNA’s major companies, shrank by 35% year-on-year to 4.6 million, Hainan Airlines said in a filing (link in Chinese) to the Shanghai Stock Exchange. It was operating 357 aircraft at the end of January, down from 470 a year earlier.