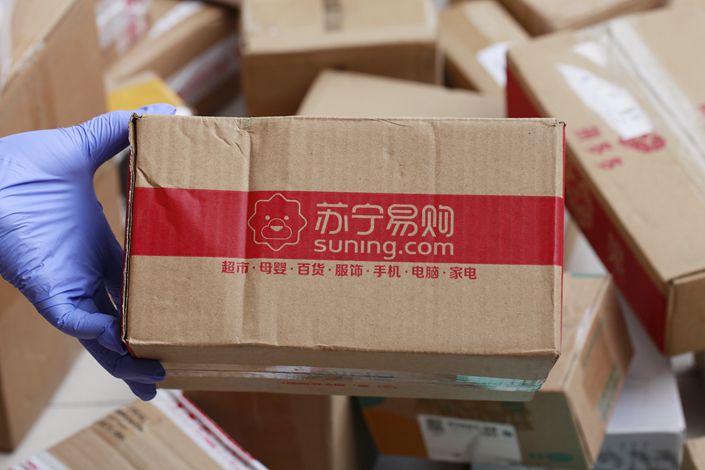 Rumors emerged recently that Suning was running short on cash in a liquidity crunch, leaving it in jeopardy of defaulting on its bank loans.

Retail giant Suning.com Co. Ltd. will embark on another bond buyback as it seeks to convince investors it isn’t too short on cash to repay its debts.

The Shenzhen-listed company will spend 2 billion yuan ($306 million) buying back seven tranches that were issued in 2018, the company said in a Thursday filing (link in Chinese) with the Shenzhen Stock Exchange.

Suning said in the filing that it aims to “shore up investor sentiment, maintain the stability of its bond prices and promote the company’s stable long-term development” by using its own capital to buy back the bonds.

Rumors emerged recently that Suning was running short on cash in a liquidity crunch, leaving it in jeopardy of defaulting on its bank loans. However, the retailer on Tuesday denied such claims in a social media post (link in Chinese), noting that the rumors were damaging to both its business and brand. It said that it had reported the case to the proper authorities.

On Wednesday, the prices of several Suning bonds fell more than 3%, with its stock losing 4%.

This is not the first time that Suning has taken such action. In November, it decided to spend 1 billion yuan buying back some of the bonds in the same seven tranches, according to another Suning filing (link in Chinese). It completed the payment on Wednesday.

Meanwhile, Suning Appliance Group Co. Ltd., Suning.com’s second-largest shareholder, could come under liquidity pressure over the next week when it needs to make 10 billion yuan worth of payments on two bonds.

In the first three quarters of this year, the retailer’s net profit shrank by 95% to 547 million yuan, according to the earnings report. By the end of September, it had closed more than a quarter of its brick-and-mortar stores.

Suning.com has also brought in strategic investors to finance the e-commerce business of one of its subsidiaries. In November, it announced that it had secured 6 billion yuan to fund the operations of its new unit, Shenzhen Yunwangwandian Technology Co. Ltd., according to a Nov. 30 filing (link in Chinese).

Lu Yutong contributed to this report.