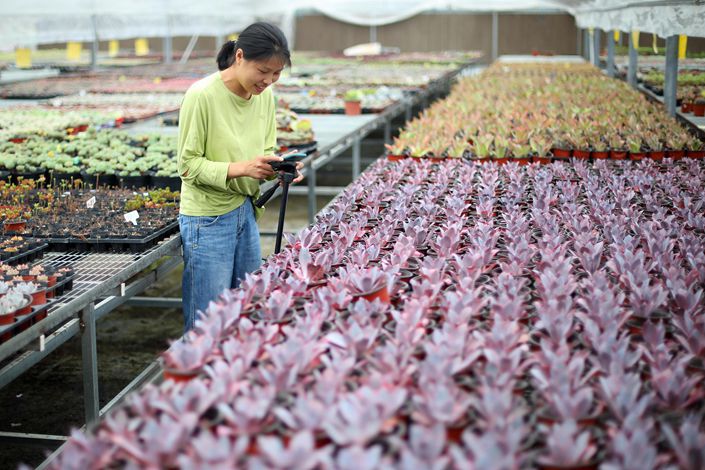 Tianlei Huang is a research fellow at the Peterson Institute for International Economics (PIIE). This article was first published on PIIE’s website.

China’s economic growth has astonished the world and vaulted it to the status of an upper-middle-income country. Now the question is whether China can progress to becoming a high-income economy. Or will it remain stuck failing to go beyond middle-income status? An important and informative new book “Invisible China: How the Urban-Rural Divide Threatens China’s Rise” by Scott Rozelle and Natalie Hell, who are not just scholars but also practitioners, suggests that China lacks the educated workforce to capitalize on its success and reach the next rung in the ladder of development.

The central theme of “Invisible China” is that China faces a quiet human capital crisis that, without timely policy changes, can block its path to high-income status. The main challenge to progress lies in the fact that China today falls far behind where successful modernizers were in terms of human capital at the beginning of their convergence to high-income levels. Only 30% of China’s workforce today has received a high school education, the lowest among all middle-income countries.

This might not have been a big problem in the past when China could ride the low-wage manufacturing ladder to easily generate two-digit growth. But that era has come to an end. The economy’s demand for low-skilled workers is declining by the day. Structural unemployment is already on the rise and will almost certainly get worse. This “time inconsistency between its human capital gains and its human capital needs” is now a major obstacle in China’s path forward.

The key to tackling China’s human capital crisis lies in the rural youth, who form the majority of China’s future workforce. Rural China is so systematically neglected that it has become nearly invisible not only to most outside observers but even to urban elites within China. But this “invisible” part of China will determine its economic future. Instead of sitting in an ivory tower advising Chinese officials what to do, the authors and their team at Stanford University’s Rural Education Action Program (REAP) have been helping China’s rural youth on the ground in practical and realistic ways, making a positive difference in their lives. That is what makes this book so invaluable.

Flawed rural education in China is driving this crisis, but several challenges are impeding progress. Education through middle school is tuition-free, but many rural teenagers have instead been lured by wages paid in low-skilled jobs and thus are forgoing the additional education that would increase their lifetime earnings.

For children who have made it through middle school, high school tuition is more than their families can afford. One solution that Rozelle and Hell provide, with which I completely agree, is to learn from Brazil’s experience with conditional cash transfers and give rural Chinese families money to keep their children in school.

Vocational education is another pressing challenge analyzed by Rozelle and Hell. They find strong evidence that this system is plagued by poor teaching and outdated curriculum, leaving students with employment prospects that are only a little better than prospects for those fresh out of middle school. Not surprisingly, dropout rates average a relatively high 33% in vocational schools.

In their proposal of reimagining these schools, Rozelle and Hell make a convincing argument for academic skills needed for students to adapt to China’s new economy, requiring that academic skills be taught in vocational schools, along with providing expanded access to academic high schools.

They estimate about 60% of elementary school children in rural China are suffering from at least one of these conditions. But luckily, these conditions can easily be cured by giving afflicted children a daily multivitamin, a pair of glasses, and deworming medicine twice a year. These easy and cheap solutions can substantially improve learning.

A significant delay in early childhood development, which can pose lifetime cognitive challenges, is also widespread among infants in rural China, because caregivers do not interact adequately with babies. Thankfully, the authors and their team in China have been training rural parents and grandparents on “how to care for their young children in ways that will promote their long-term growth.” Hopefully this program can soon be implemented on a larger scale throughout the country with support from the government.

China recently rolled out a plan to reach high-income status by 2025 and double the nation’s economic output by 2035. But Rozelle and Hell say that three major structural obstacles prevent China from accumulating human capital rapidly enough to reach that goal: China’s “hukou,” or household registration, policy, decentralization of fiscal spending on education, and short-term growth incentives for local leaders.

While I agree that hukou is creating unnecessary artificial barriers for rural children, I am less certain about the effect of fiscal centralization in education. Bringing back the central government abruptly in the education sphere may increase inefficiency due to central-local information asymmetry. Greater transfers for education from the central to local governments might be a better approach.

Making invisible China more visible is a necessary first step to bring meaningful changes in rural China. This new book by Rozelle and Hell is an important contribution to this endeavor. I sincerely hope that a Chinese translation of “Invisible China” will soon be published, enabling it to reach a larger audience in the Chinese-speaking world.