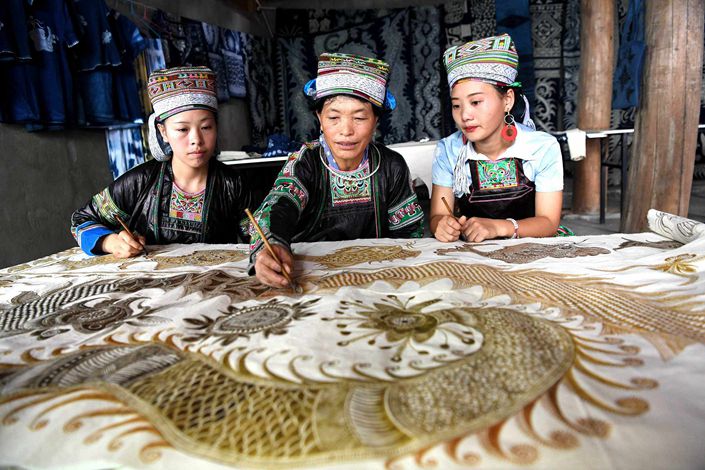 The southwestern province of Guizhou’s last nine counties that were below the national poverty line has been lifted out of poverty.

China’s last handful of impoverished areas are no longer classed as poor according to government criteria, officials have said, paving the way for the authorities to announce the eradication of absolute poverty before a looming end-of-year deadline.

Li Jian, Guizhou’s top poverty relief official, said at a Monday press conference that the southwestern province’s final nine deprived counties had been removed from the poverty list after their annual net incomes exceeded a government-defined threshold of 4,000 yuan ($608).

The announcement means China has now delisted all of the 832 counties identified as poverty-stricken eight years ago at the outset of a nationwide campaign to end extreme deprivation by the end of 2020.

The development sets the stage for a declaration of success next month and marks a potentially significant moment in the tenure of President Xi Jinping, who has repeatedly stressed the importance of poverty relief and the construction of a “moderately prosperous society.”

According to Li, the average net income per capita in the nine remaining counties has risen to 11,487 yuan per year, nearly three times the sum required to remove them from the poverty list. The poverty threshold varies by province — the comparatively wealthy eastern province of Jiangsu, for instance, sets a higher benchmark of 6,000 yuan per year.

The remote, mountainous area follows the province-level regions of Gansu, Sichuan, Ningxia and Yunnan in delisting its final impoverished counties this year.

Removal from the list does not mean that the counties are poverty-free. Because the policies are based on raising average incomes, the results often smooth over the circumstances of individual families or communities that continue to live in penury.

Additionally, the campaign against absolute poverty does little to address relative want, which is typically based on a person’s income relative to others in society. China’s yawning wealth gap generally means people living more-developed, urban areas in the country’s East enjoy far higher incomes and living standards than less-developed, inland rural regions.

At a separate press conference on Monday, Tang Chengpei, China’s vice minister for civil affairs, said (link in Chinese) more than 20 million people in China are registered recipients of “dibao,” welfare payments designed to guarantee minimum living standards, adding that two-thirds of the recipients are children, middle-aged or elderly, disabled or seriously ill.

The government will strengthen oversight of financially unstable, jobless and otherwise marginalized households threatened with a return to poverty due to the impact of the coronavirus pandemic, Tang added.

Li Xiaoyun, a professor at China Agricultural University in Beijing who advises the government on poverty relief, said China will shift its focus after the current campaign toward waging a “protracted war” against relative poverty.

Such a move will require “the construction of mechanisms with enduring long-term effects,” Li said, including those that “shrink the gaps between regions, urban and rural areas, income levels and public services.”