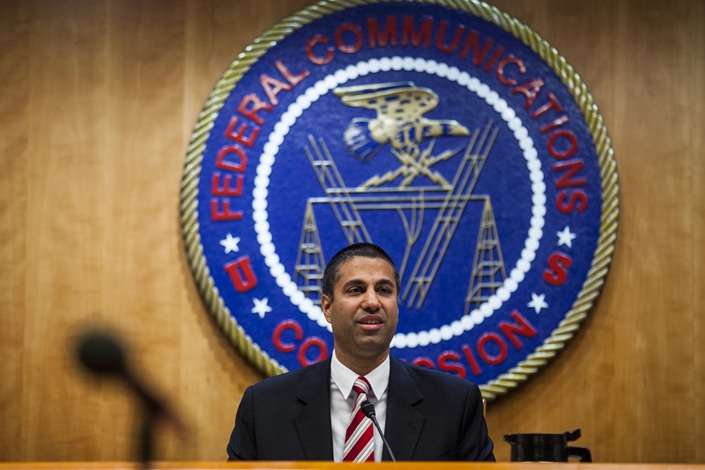 The agency in 5-0 votes ordered carriers to remove equipment made by Huawei, and commenced a proceeding asking whether to end China Telecom (Americas) Corp.’s permission to operate in the U.S.

“We do so for good reason,” FCC Chairman Ajit Pai said moments after the China Telecom vote. Security agencies contend the company hasn’t complied with cybersecurity and privacy laws, and provides opportunities for Chinese state-sponsored economic espionage and disruption of U.S. communications traffic, Pai said. The company is owned by the Chinese government, he added.

The FCC, Congress and President Donald Trump’s administration are confronting China on a range of issues including trade and the novel coronavirus. Both FCC Democrats joined in Thursday’s votes, signaling continued vigilance on national security matters at the agency after President-elect Joe Biden’s administration takes over in January.

Last year the FCC barred the use of U.S. subsidies for purchasing communications equipment from gear-maker Huawei and fellow Chinese provider ZTE Corp. The agency says each poses a security risk, an allegation that both companies deny.

Since then, Congress and other agencies have both acted to brand Chinese companies a threat, “so today, we establish ‘rip and replace’ rules” covering equipment removal, Pai said.

With the same unanimous vote, the agency said it would establish a list of proscribed equipment, and set up a program to reimburse carriers for replacing suspect gear that will start once Congress devotes an estimated $1.6 billion for that purpose. The actions, which affect providers that take federal subsidies, aim to implement a law Congress passed in March.

“The record on this is clear,” said FCC Commissioner Brendan Carr, a Republican. “The Chinese government intends to surveil persons within our borders, for government security, for spying advantage, as well as for intellectual property and an industrial or business edge.”

China Telecom is one of the Big Three providers in China, offering wireline mobile telecommunications and internet access, according to a U.S. Senate report issued in June.

The company served more than 335 million subscribers worldwide as of December 2019 and claims to be the largest fixed-line and broadband operator in the world, according to the report. The FCC on Thursday said China’s Communist Party has “substantial control” over the company.

The China Telecom matter follows an FCC action in April, when that company was named by the agency along with China Unicom Americas Ltd., Pacific Networks Corp. and its subsidiary ComNet. The FCC told the companies to explain why the agency shouldn’t move to revoke their authorizations.

China Telecom Americas in a June 8 filing told the FCC it’s an independent business based in the U.S. and isn’t subject to Chinese government control. It called for a hearing if the FCC were to move against it.

The FCC barred China Mobile from the U.S. market last year, and said it would review other companies’ records.

The agency seems set to continue considering national security restrictions, said Commissioner Michael O’Rielly, a Republican who is departing the agency after his term expired.

“We are closing our market in our national security interest,” O’Rielly said. “And it has ramifications and repercussions, but we still have to do it because it’s the right thing.”