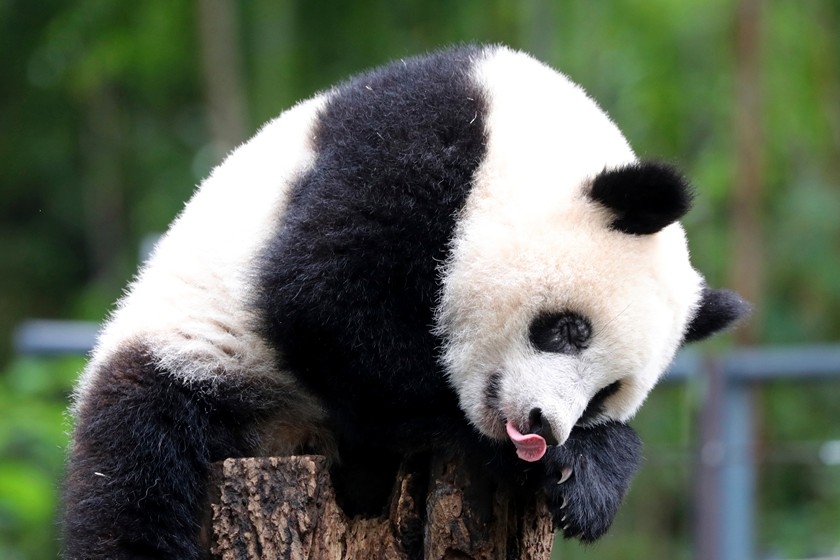 Giant panda Xiang Xiang climbs a stump on her first birthday at the Ueno Zoo in Tokyo on June 12, 2018. 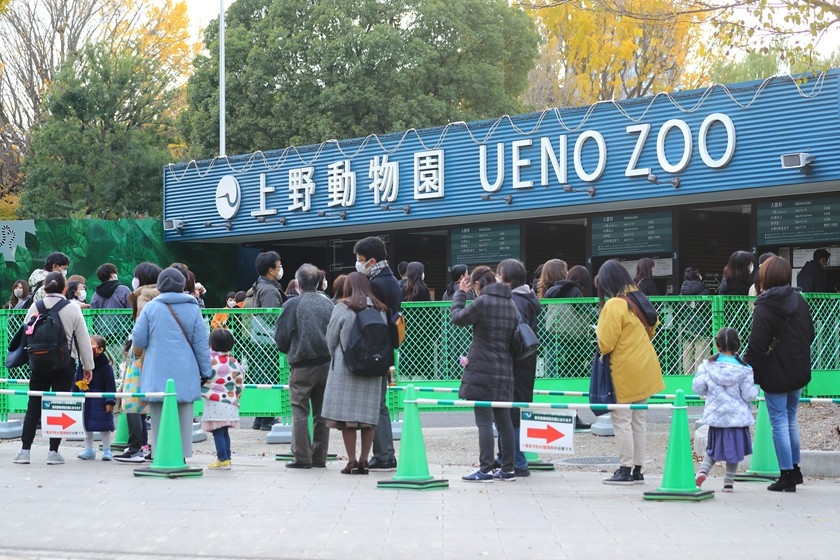 People line up outside the Ueno Zoo Wednesday. On Thursday, a spokesperson for China’s foreign ministry said that Xiang Xiang’s return, originally scheduled for the end of this year, would be difficult to achieve due to the Covid-19 pandemic. 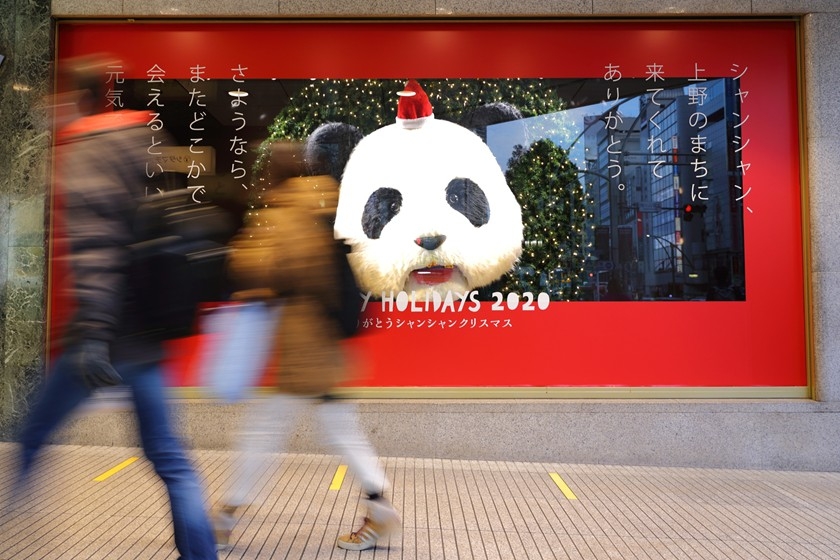 Pedestrians walk past a poster of Xiang Xiang on Wednesday. Tokyo has held a number of farewell events for the 3-year-old giant panda, whose scheduled departure was made public last year. 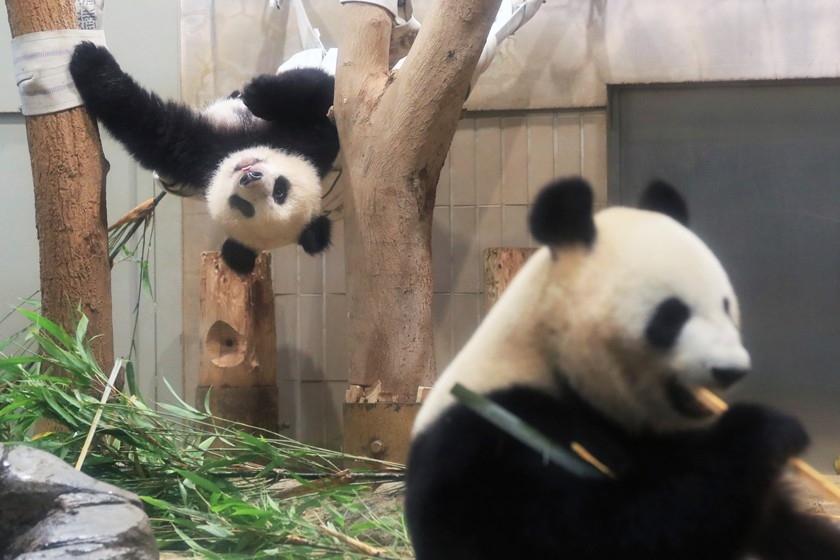 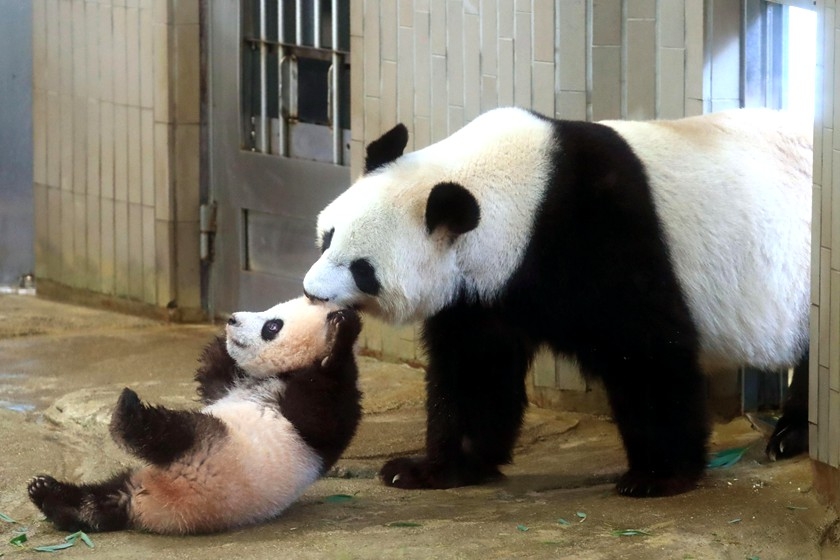 Xiang Xiang’s mother Shin Shin pulls her in an enclosure in December 2017. 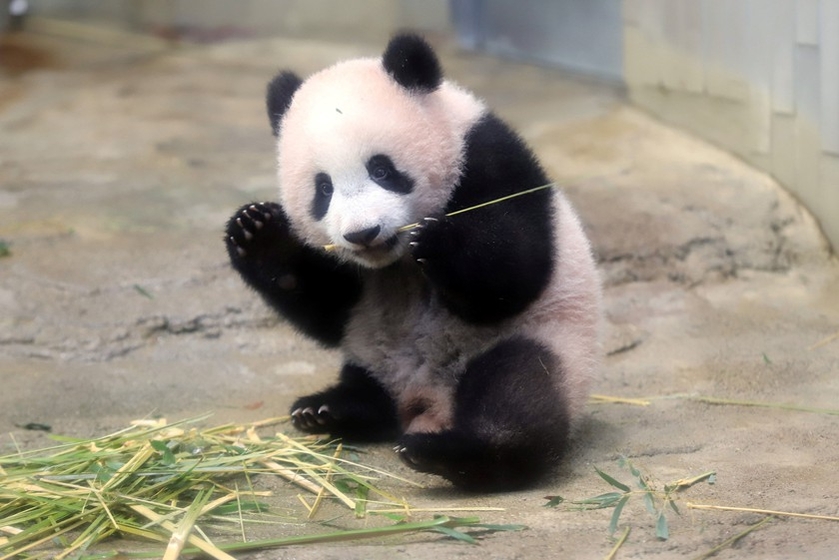 Xiang Xiang eats bamboo during a press event at Tokyo’s Ueno Zoo on Dec. 18, 2017. She made her public debut a day later. 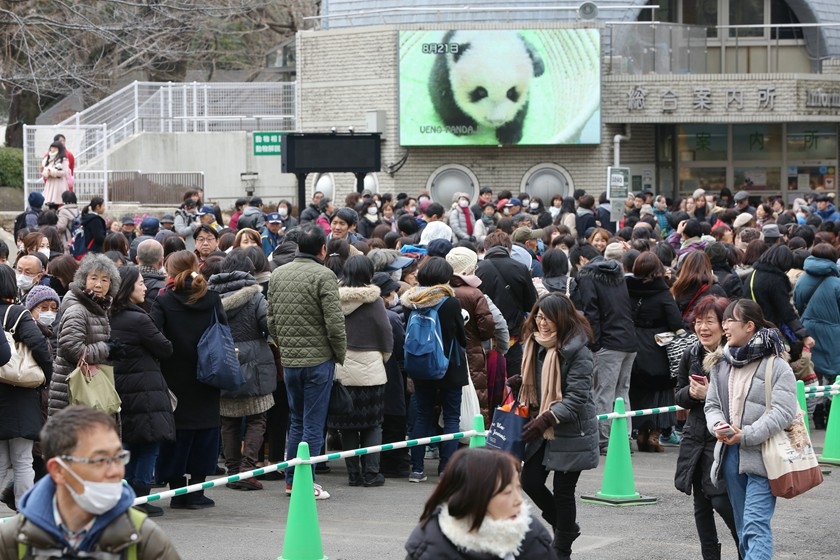 Hundreds of visitors flock to the Ueno Zoo to see Xiang Xiang as a cub in February 2018.