Australia Close to Taking China to WTO Over Barley Tariffs 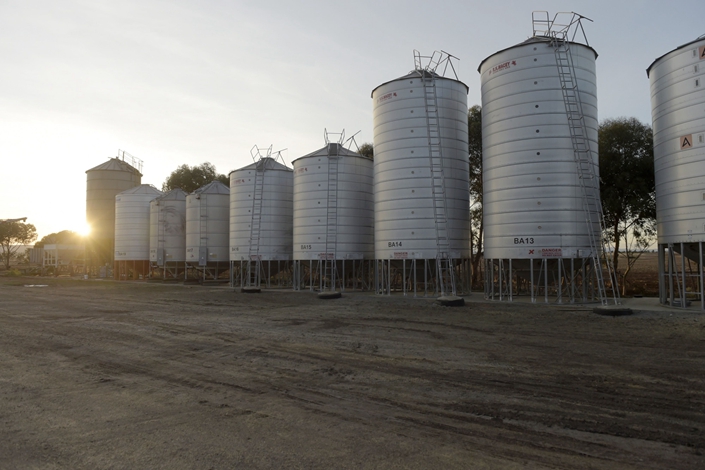 Barley silos stand at a grain facility at Balliang, Victoria, Australia, on May 18. Photo: Bloomberg

(Bloomberg) — Australia says it has built a strong case to challenge anti-dumping duties imposed by China on its barley exports and will announce soon whether it will take the matter to the World Trade Organization.

Australia has been working closely with the grains industry to “build the strongest possible case,” Trade Minister Simon Birmingham told reporters Tuesday. Barley was slapped with tariffs of over 80% in May after China accused Australia of dumping the grain and subsidizing growers.

“Australian grain growers and farmers are not subsidized, they don’t dump their products on global markets and we clearly have the evidence to mount a strong case,” Birmingham said. He said Australia has legal avenues it can pursue via the WTO over barley and wine, which has also been targeted with duties.

Diplomatic relations between the two countries have spiraled after Prime Minister Scott Morrison’s government called for an international inquiry into the origins of the coronavirus earlier this year. Beijing has lashed out at Canberra for being a puppet of the U.S. and for meddling in its internal affairs. So far this year, China has hit Australia with a raft of trade restrictions on products including copper, wine, timber and lobster.

Birmingham implored China to open up lines of communication and abide by a rules-based trading system.