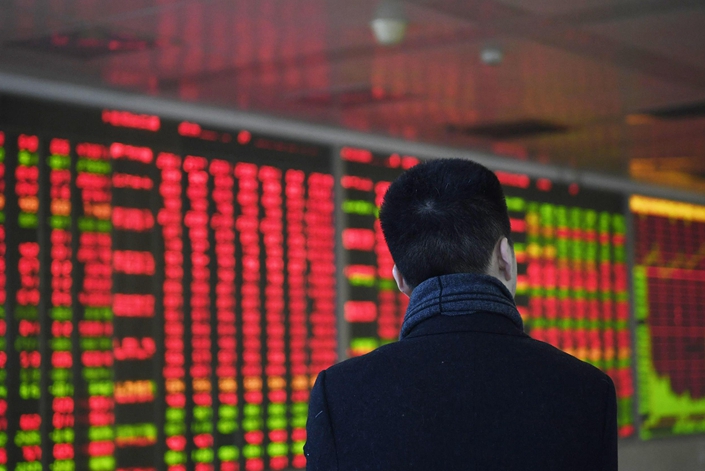 The changes, which are expected to boost institutional investors’ participation in the country’s retail-dominated stock markets, come as investors prepare to increase their presence in the world’s second-largest economy.

It also comes as international index compilers FTSE Russell, Nasdaq and S&P Dow Jones Indices say they will remove a number of Chinese companies from their benchmark indexes after President Donald Trump signed an executive order last month to bar U.S. investment in corporations said to be linked to the People’s Liberation Army.

China’s index revisions “are representative of the changing dynamics of the Chinese economy with the growth technology-oriented companies,” said Kenny Wen, a wealth management strategist at Everbright Sun Hung Kai in Hong Kong. “It enhances the growth momentum of the Chinese stock market and attracts more passive funds.”

China last year began the first overhaul of its share indexes since 1991 to remove an excess weighting on traditional industries. The moves have gained momentum amid political and economic tensions with the U.S.

Only a handful of domestic funds track China’s market indexes, with overseas investors leaning on global index publishers such as MSCI or FTSE Russell. Authorities in Beijing are hopeful the latest changes will boost the institutionalization of the market, which currently relies on retail investors for 80% of its volume.

The Hang Seng Index, the benchmark gauge of the Hong Kong Stock Exchange, has also shifted its composition lately to rebalance toward technology from finance.

The latest changes for the Shanghai exchange, the world’s second-largest in terms of market capitalization behind New York, saw the inclusion Monday of Hundsun Technologies, Will Semiconductor and GigaDevice Semiconductor into the benchmark index of the market’s top 50 shares while Bank of China, Bank of Communications, Postal Savings Bank of China, China Shipbuilding Industry and China Molybdenum were dropped.

Stocks from Shanghai’s new STAR Market board for science and technology stocks, including mobile phone maker Shenzhen Transsion Holdings and Advanced Micro-Fabrication Equipment, joined the benchmark for the first time. A unit of chipmaker Tsinghua Unigroup, which has defaulted on some of its bonds recently, also was added to the CSI 300.

As of Monday afternoon, shares of Hundsun Technologies and Will Semiconductor had gained more than 8% over the past week while GigaDevice had fallen 6.1%. Bank of Communications ceded 3% and Bank of China 2.5% over the same period.

The index changes dovetail with a broader opening up of the China’s financial markets, which has attracted the world’s biggest financial services companies, including Goldman Sachs Group and JPMorgan Chase, to deepen their presence in the country.

China this year removed foreign-ownership caps in the futures, securities and mutual fund sectors as part of the opening of its $50 trillion financial services industry. Beijing has vowed to continue easing restrictions to its capital markets. This year it also gave overseas traders access to futures and options while scrapping quotas on foreign inflows.

A September survey by HSBC Qianhai Securities showed that nearly two-thirds of more than 900 global institutional investors and major corporations are planning to increase their investments in China by an average of 25% over the next year.

The opening up of China’s markets and the growth outlook for foreign companies is seen powering mainland shares over the next decade.

Mainland-listed shares are forecast to return 6.3% annually on average over the next decade, as China’s economy continues to expand, Leon Goldfeld, head of multi-asset solutions for Asia-Pacific at JP Morgan Asset Management, and Sylvia Sheng, a global strategist on the same team, said in a media call last month.

The figure compares with a 4.1% annual estimated gain for U.S. large caps and 4.6% for developed-world equities, they said.