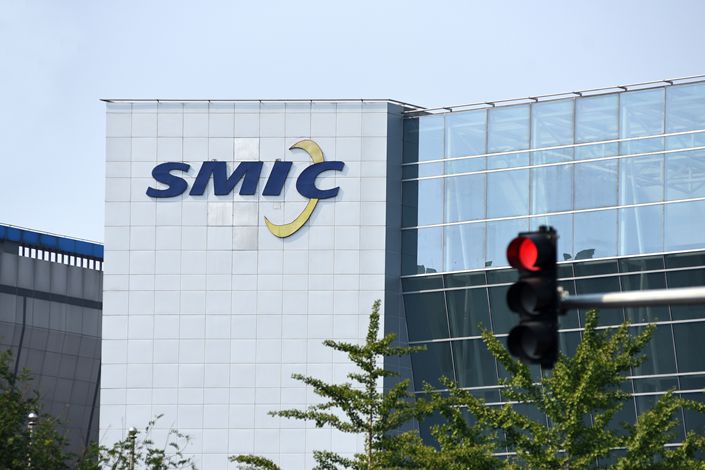 Semiconductor Manufacturing International Corp. (SMIC) was one of the companies to be removed from S&P DJI’s index products.

Another global index provider is taking action in the wake of a U.S. order barring American investors from trading stocks of firms allegedly linked to the Chinese military, as the political tensions between the world’s two largest economies rage through the financial sector.

S&P Dow Jones Indices LLC (S&P DJI), an arm of U.S. financial conglomerate S&P Global Inc., announced Thursday that it will remove 10 Chinese companies’ stocks from more than 50 of its equity indexes beginning on Dec. 21, and securities issued by 18 Chinese companies will be taken out of its fixed-income indexes from Jan. 1.

S&P DJI said the list includes companies “explicitly named” in the November executive order by President Donald Trump, which is set to take effect on Jan. 11.

“The order ... may impact the ability of market participants to replicate S&P DJI Equity and Fixed Income Indices containing securities affected by the order,” S&P DJI said in the announcement.

FTSE Russell was the first major index compiler to respond to the ban, announcing on Dec. 4 that it will remove eight Chinese companies’ stocks from several of its global indexes, effective on Dec. 21.

Other index providers are still evaluating the order and considering their stance. Nasdaq is reviewing the issue, a representative told Caixin by email on Monday, adding that the number of its indexes affected by the order is relatively small.

The string of removals of Chinese stocks and bonds from global indexes that attract trillions of dollars of passive investment comes as China is continuing to open up its domestic capital markets to foreign investors.

The move by FTSE Russell may disturb foreign capital inflows into China’s stock market in the short term, and is likely to set off selloffs of the blacklisted shares, Huatai Securities Co. Ltd. analysts wrote (link in Chinese) in a Sunday note.

However, the overall impact will be relatively small, they said, noting that inflow trend of foreign capital mainly depends on China’s economic fundamentals and the opening-up of capital markets, which will continue in the long run. The removed stocks have a small weight in FTSE Russell indexes, which means excluding them may lead to about 2.1 billion yuan ($320 million) of passive funds fleeing the Chinese mainland market, much less than the net inflow of over 1 trillion yuan into the mainland market from Hong Kong via stock connect programs since 2014, they said.

Chinese foreign ministry spokesperson Hua Chunying said during a press conference Thursday that the removal by S&P DJI is another example of the U.S. using state power to suppress Chinese companies.

At the end of September, overseas holdings of Chinese stocks stood at about 2.75 trillion yuan, equivalent to 4.7% (link in Chinese) of mainland-listed equities, up from 4.15% at the end of March.

As of the end of November, Chinese stocks had a 5.1% weighting in the S&P Global Broad Market Index, S&P DJI’s flagship benchmark and also one of the affected indexes, compared with U.S. firms’ 55.4% weight.