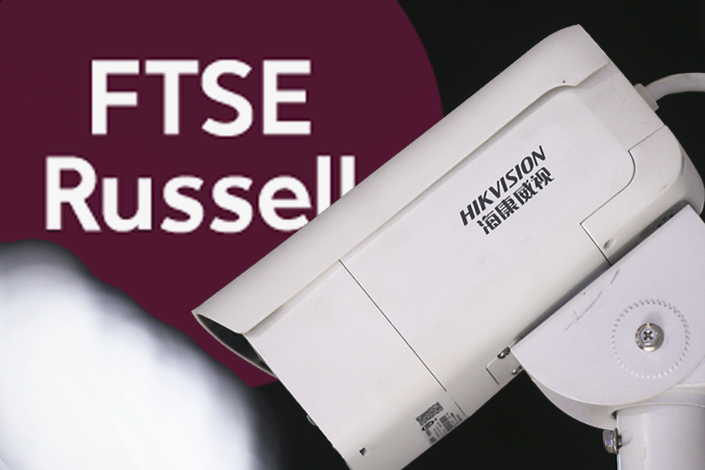 The eight companies removed by FTSE are all on a list of “Communist Chinese military companies” compiled by the U.S. Department of Defense.

Global index providers have found themselves caught in the political crossfire between the world’s two largest economies as they weigh their responses to a U.S. order barring American investors from trading securities allegedly linked to the Chinese military.

FTSE Russell was the first such company to respond to the ban, announcing Friday that it will remove eight Chinese company stocks from several of its global indexes based on feedback from subscribers and other stakeholders.

The removal, which will take effect on Dec. 21, is in line with its policy to exclude securities from its indexes if they are subject to sanctions that restrict investment from the U.S., according to FTSE Russell, which is an arm of London Stock Exchange Group PLC.

Other index providers are still evaluating the executive order and considering their stance on the blacklisted Chinese firms.

MSCI Inc. said on Nov. 20 that it would be seeking feedback from market participants on the impact of the order until Friday, including on whether changing existing indexes or introducing new ones may be “necessary or helpful” to maintain the investability of relevant MSCI indexes and assist investors in complying with the order.

Nasdaq is also reviewing the issue, a representative told Caixin by email, but added the number of indexes affected by the order is relatively small.

The eight companies removed by FTSE are all on a list of “Communist Chinese military companies” compiled by the U.S. Department of Defense.

In addition to the list of military companies, the U.S. has added a number of Chinese high-tech companies to its “entity list” that requires special licenses for them to buy from their U.S. suppliers.

Washington has also stepped up efforts to tighten scrutiny of U.S.-listed Chinese companies amid a longstanding dispute over American regulators’ access to their audits. The House of Representatives passed legislation on Wednesday that would ban any company from being listed on any American securities exchange if the U.S. auditing regulator is unable to view its audits for three years in a row. The bill was approved in May by the Senate, and U.S. President Donald Trump is expected to sign it into law.

This story has been updated to add comment from Nasdaq.