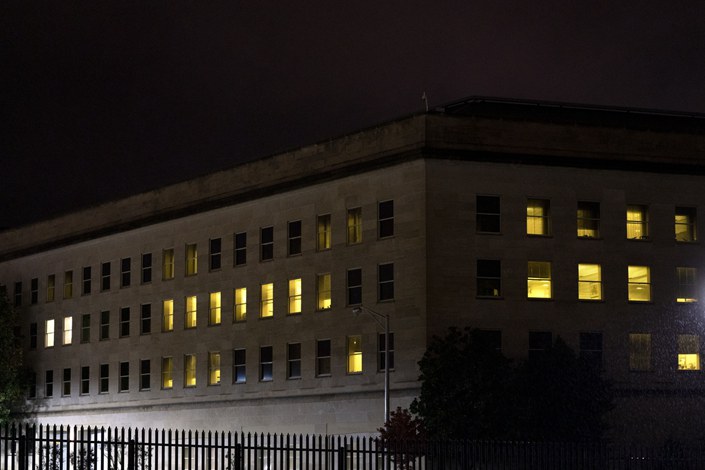 (Bloomberg) —The Pentagon added four more Chinese companies to a list of firms it says are owned or controlled by China’s military, exposing them to increased scrutiny and potential sanctions by the U.S.

The move comes amid a continuing erosion of U.S.-China ties during the U.S. presidential transition, as President Donald Trump ratchets up actions targeting Beijing over issues from its tightening control over Hong Kong and alleged treatment of Muslim minorities to exports of 5G technology.

Secretary of State Michael Pompeo lashed out at Hong Kong authorities on Thursday for persecuting democracy advocates. Congress has also been active, sending Trump a bill that could ultimately lead to Chinese firms getting booted from U.S. exchanges.

The decision to expand the Pentagon list comes after the Trump administration for the first time earlier this year listed 31 Chinese companies for being tied to the People’s Liberation Army. Those companies included Huawei Technologies Co. and Hangzhou Hikvision Digital Technology Co., as well as a number of state-run enterprises.

The list of companies said to be affiliated with the PLA was mandated under the Defense Authorization Act of 1999, but no administration ever put out the required report. Trump has the authority under the International Emergency Economic Powers Act of 1977 to impose financial sanctions against those companies.

CNOOC is China’s third-biggest oil company and the nation’s main deepwater explorer. It also owns U.S. oil and gas fields, partners with companies like Exxon Mobil Corp. on international projects, and uses American technology and equipment. Shares of its Hong Kong-listed unit slipped as much as 2.5%, taking their losses for the week to roughly 20%.

SMIC, China’s largest chipmaker, fell 2.3% in Hong Kong before the shares were suspended from trading pending an announcement of inside information. The firm is evaluating the impact from its inclusion into the U.S. list, it said earlier in a statement to the Shanghai Stock Exchange. Its stock sank as much as 4.5% on the mainland.