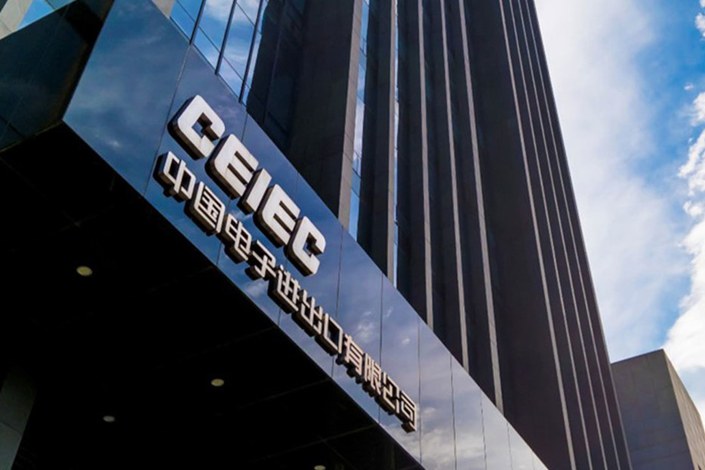 The latest blacklisting comes as the U.S. appears to be casting its net wider with plans to move beyond traditional makers of surveillance-related products for blacklisting.

The U.S. has added state-run China National Electronic Import-Export Co. (CEIEC) to a growing blacklist of Chinese firms banned from buying American products, citing the company’s ties to a Venezuelan government that has been at loggerheads with Washington for years.

The move marks a shift in an ongoing U.S. policy by blacklisting a company for reasons other than national security. Previously, Washington had mostly cited national security as its main reason for adding a steady string of Chinese high-tech firms to an “entity list” that required special licenses for them to keep buying from their U.S. suppliers.

In an announcement of the latest sanctions, the U.S. accused CEIEC of providing technical products and assistance to the administration of Venezuelan President Nicolas Maduro, including software, training, and other technical expertise. It singled out the Chinese company for its work with the Venezuelan National Telephone Co., the country’s main telecoms carrier that Washington accuses of frequently blocking access to internet sites run by independent media and Maduro’s political opponents.

The U.S. already has numerous direct sanctions against Venezuela and considers Maduro’s current administration illegitimate due to accusations of unfair elections.

Washington chose to sanction CEIEC for “supporting the Maduro regime’s malicious efforts to repress political dissent and undermine democratic processes,” it said in an announcement on the U.S. embassy in Venezuela’s website. “Maduro’s desperate attempts to manipulate the democratic processes should leave no doubt that any elections … will be neither free nor fair,” it added.

The new restrictions are somewhat akin to original sanctions against Huawei Technologies levied in May 2019 that touched off the recent Washington policy of trying to stifle China’s technological development. Those original sanctions were unrelated to the national security justification that is now frequently cited by the administration of outgoing U.S. President Donald Trump. Instead, Huawei was originally punished for selling American products to Iran in violation of U.S. sanctions aimed at pressuring the Middle Eastern country to abandon its nuclear program.

In that instance, the U.S. conducted an investigation lasting several years before first determining that Huawei rival ZTE violated the U.S. sanctions against Iran. Washington later reached a settlement with ZTE that allowed the smaller company to resume buying U.S. products. But it has been far stricter about its blacklisting of Huawei due to concerns about the company’s potential ties with Beijing, which it believes could make Huawei’s core networking equipment vulnerable to being used for spying.

The Reuters report, which was published before the addition of CEIEC’s name to the list, added that state-owned infrastructure specialists China Construction Technology Co. Ltd. and China International Engineering Consulting Corp. would also be added to the list, bringing the total of blacklisted businesses to 35.

This story has been updated to correct a misspelling of Nicolas Maduro's name.