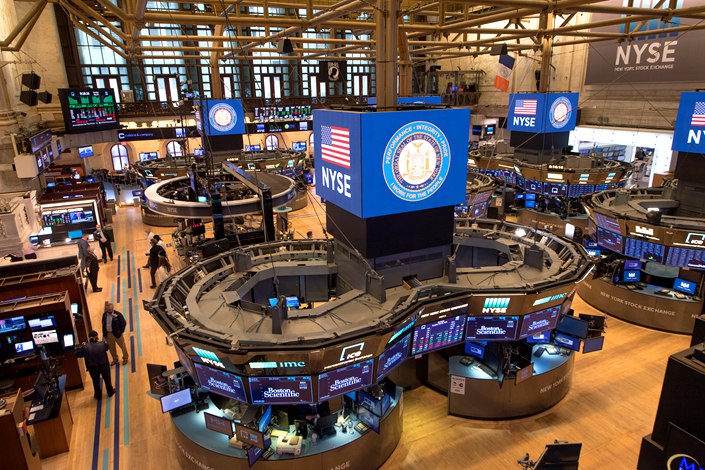 Frustration at the inability of the PCAOB to check on the work of auditors and investigate wrongdoing has reached a boiling point.

Chinese companies listed in the U.S. are under siege, caught in the crossfire of escalating political tensions between Beijing and Washington and growing frustration that American regulators can’t examine their books to help prevent the kind of fraud that left shareholders of Luckin Coffee Inc. nursing billions of dollars in losses.

U.S. President Donald Trump fired the latest salvo on Thursday, when he issued a “Memorandum on Protecting United States Investors from Significant Risks from Chinese Companies.” The document says “the time has come to take firm action in an orderly fashion to put an end to the practice that has tacitly permitted companies with significant Chinese operations to flout protections United States law requires for investors in United States markets.”

Trump gave the country’s financial regulators a 60-day deadline to submit a report with recommendations for action on how to protect investors “from the failure of the Chinese government to allow PCAOB-registered audit firms to comply with United States securities laws and investor protections.”

The Public Company Accounting Oversight Board (PCAOB) is a watchdog that inspects audits of public companies listed in the U.S. to ensure the information they provide to the public is accurate, independent and trustworthy. Auditors must undergo regular PCAOB inspections to assess their compliance with U.S. law and professional standards.

Trump also required the PCAOB and the Securities and Exchange Commission (SEC) to propose action against audit firms that fail to provide requested audit working papers or otherwise fail to comply with U.S. securities laws, and to recommend possible new listing rules or governance safeguards.

Trump’s order reflects growing frustration among politicians and regulators that Chinese enterprises have for years been able to avoid the same level of scrutiny as other U.S.-listed companies in terms of accounting oversight because regulators in Beijing have refused to give permission for the PCAOB to inspect audits. Washington has now upped the ante with legislation to force China to comply with U.S. regulatory requirements and to allow inspections.

The U.S. Senate on May 20 approved legislation that would ban any company from being listed on any U.S. securities exchange if the PCAOB is unable to inspect the auditor that prepares its financial reports for three years in a row. The Holding Foreign Companies Accountable Act would also require public companies to disclose whether they are owned or controlled by a foreign government. Although the bill applies to all foreign companies, it is clearly targeted at China.

If the bill is approved by the U.S. House of Representatives and signed into law by Trump, it could threaten the listings of 169 Chinese mainland and 76 Hong Kong-based companies whose shares are currently traded on U.S. stock markets and whose auditors are under China’s jurisdiction, according to the latest PCAOB review.

“Congress is stepping in where the SEC and PCAOB failed to get inspections or kick companies off of U.S. exchanges,” Paul Gillis, a professor of practice at Peking University’s Guanghua School of Management and a former senior partner with PricewaterhouseCoopers, an international accounting firm, told Caixin in an email. “The PCAOB and SEC took this (issue) seriously over the last decade and had the power to fix it by revoking registrations of firms (the PCAOB) cannot inspect. They called it the nuclear option and thought it a step too far.”

The proposed law shines a spotlight on a little-known U.S. government agency that’s at the center of a longstanding dispute between U.S. and Chinese regulators over access to audits of companies from the Chinese mainland and Hong Kong.

Although foreign companies listed on U.S. stock exchanges must comply with listing rules and disclosure requirements, jurisdictional issues can keep many of their accounting records and executives outside the reach of investigators from the SEC and U.S. law enforcement. China, for example, does not allow the PCAOB to conduct inspections of audit firms on the mainland or Hong Kong to ensure that accounting standards are being followed, although it isn’t the only country — Belgium and France also do not permit checks, the PCAOB says.

In 2009, Chinese authorities issued a notice restricting overseas regulators’ ability to supervise auditors based in China, requiring any foreign watchdog wanting to conduct an onsite inspection of a Chinese company to first seek approval from relevant authorities including the China Securities Regulatory Commission (CSRC). The order was made on the grounds of protecting national security.

Since then, Chinese and U.S. regulators have been trying to come to an agreement that would allow the PCAOB to inspect the work of auditors on the mainland. The PCAOB says that only with access to working papers of foreign public accounting firms can the SEC test the quality of the underlying audits and protect investors from the dangers of accounting fraud.

A source close to the CSRC said that the PCAOB generally sets two steps when it inspects an accounting firm. The first step is to check the firm’s quality control system, and the second step is to check specific working papers.

“Even if the PCAOB can enter the country to carry out inspections, it is unlikely (for China) to allow the second step,” the source said. “In 2012, when the PCAOB sent a delegation to China to watch the CSRC inspect a ‘Big Four’ accounting firm on the spot, their observation was limited to the first step,” the person said, adding that a PCAOB representative said at that time that the quality control system of Chinese accounting firms was a mere formality.

Despite many rounds of negotiations, there has been no breakthrough. In the meantime, the number of Chinese companies listing in the U.S. has soared and so have cases of fraud, exposed mainly by the investigative work of short-selling firms such as Muddy Waters Research.

Frustration at the inability of the PCAOB to check on the work of auditors and investigate wrongdoing has reached a boiling point, spurred by the massive accounting fraud admitted by Luckin Coffee in April that led to the collapse of its shares and billions of dollars of losses for investors.

“This latest attack on Chinese companies in the U.S. stems once again from a crisis of confidence caused by financial fraud and the trade tensions between the two countries have blown it up even further,” said Liu Yan, a professor at Peking University Law School.

Liu said it was reasonable to expect any company listing on another country’s capital market to accept its supervision and obey its rules, and that in the context of cross-border listings, it was appropriate for quality inspections of audit reports to be carried out.

“With the opening up of China’s financial market, if foreign companies want to list in China in the future, we’d also worry about the audit quality of these foreign companies,” she said. “Perhaps our regulatory authorities would also need to check the audit quality of foreign accounting firms when necessary. Therefore, in addition to considering factors such as regulatory sovereignty and state secrets, we also have to look at the issue from the perspective of cooperation and mutual benefit.”

As relations between the U.S. and China have deteriorated and pressure for regulators to take action over fraud has intensified, the environment for New York-listed Chinese companies has become more hostile. The Holding Foreign Companies Accountable Act, if it becomes law, will ban any foreign company audited by a PCAOB-registered accounting firm from trading on a U.S. exchange if an audit inspection isn’t carried out for three consecutive years.

Gillis, the accounting professor, wrote in a May 22 blog posting that he expects “considerable lobbying pressure to kill it from U.S. institutions that would be adversely affected.” But if the bill is passed, the fact that any ban would only take place after three years would give ample time for a negotiated solution, he wrote.

“China has a decision to make: do they want to retain access to U.S. markets?” Gillis said in an email. “If so, they must find a way to do inspections. The PCAOB would be willing to do joint inspections together with Chinese regulators.”

Preparing for the worst

“China has the full power to make this problem go away by negotiating a deal for inspection access,” he said. “This has not been possible in the past because China has been trying unsuccessfully to gain consensus among the assorted industry regulators. It could quickly be settled if President Xi were to intervene.”

Nevertheless, some U.S.-listed Chinese companies are already preparing for the worst. Over the past decade, a steady trickle of enterprises have delisted from U.S. markets and moved either to Shanghai, Shenzhen or Hong Kong, for a variety of reasons. But that trickle could become a flood as more companies decide to leave altogether and others seek an additional listing in Hong Kong to hedge their bets.

“If Chinese stocks are forced to eventually delist in the U.S., they can at least retain their listing status through their H-shares as long as they fulfill Hong Kong’s regulatory requirements,” a source with a foreign bank told Caixin.

E-commerce giant Alibaba Group Holding Ltd., the biggest Chinese company listed in the U.S. with a market capitalization of more than $580 billion, made a blockbuster debut in Hong Kong on Nov. 26. Chinese internet and mobile gaming titan Netease Inc. is due to start trading on the city’s stock exchange on Thursday and online shopping group JD.com Inc. is also planning to list later in the month.

China’s main stocks regulator, the CSRC, has attacked the proposed law, accusing the U.S. of politicizing securities regulation, harming the interests of both sides and undermining global investors’ confidence in U.S. capital markets and their international status.

Beijing may also have less incentive to compromise than before. China has a long-stated ambition to entice its U.S.-listed companies to come back home and in July 2019 a Nasdaq-style high-tech board, the STAR Market, started trading, with the aim of kick-starting stock market reforms and attracting major technology companies. The Hong Kong Stock Exchange has also updated its regulations to allow companies with dual share structures, such as Alibaba, to list.

“If Chinese companies go to Hong Kong it might be a win for China,” said Gillis.

Yang Ge and Nerys Avery contributed to this report.