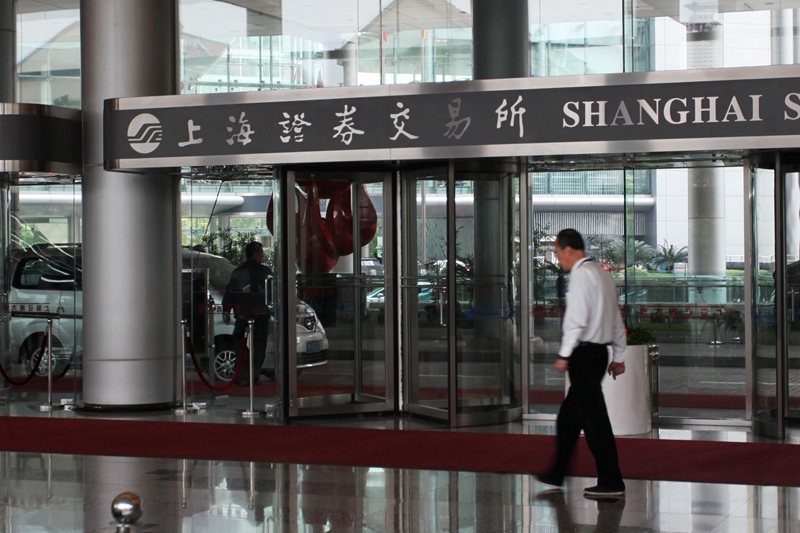 China’s coming Nasdaq-style high-tech trading board may provide the kick-start that stagnating stock market reforms need, according to securities industry executives and analysts.

Draft rules issued Jan. 30 suggest that the government aims to use the new board as fresh start for revitalizing the nation’s capital markets. The proposed structure would reduce the role of regulators and free up the market for competition, innovation and normal market forces to take hold, industry experts say.

“The new high-tech board is set to serve the task of deepening reforms that may lead to breakthroughs,” said an executive of one of China’s two exchanges in Shanghai and Shenzhen. China’s “capital market faces a slew of problems that are difficult for the existing markets to fix.”

Efforts to overcome those problems have long been stymied by regulators’ unwillingness to ease controls out of concern over the potential effects. Unlike markets in developed countries where professional institutional investors play a leading role, China’s stock markets are dominated by small retail investors. By the end of 2018, the 50 trillion yuan ($7.4 trillion) markets accommodated 140 million investors including 50 million active traders, official data showed.

Following the precedent set by many successful experiments in China, the high-tech board will become a testing ground for reforms, said Shi Donghui, head of the Shanghai Stock Exchange’s capital market institute. Successes will be copied elsewhere, he predicted.

The China Securities Regulatory Commission (CSRC) and the Shanghai Stock Exchange published the framework for the new high-tech board less than three months after President Xi Jinping floated the initiative as part of broader efforts to encourage innovation and revitalize China’s capital market.

The draft rules were in line with market expectations, including the adoption of a registration-based mechanism for initial public offerings (IPOs) and the listing of pre-profit startups and companies with unconventional legal and shareholding structures. The new board is seen as a key effort to enhance the Chinese mainland market’s attraction for tech listings in competition with the Hong Kong and American markets.

The proposed rules all point to allowing the market to play the decisive role in stock issuance and pricing. The high-tech board’s registration-based IPO mechanism represents a dramatic change from China’s lengthy regulatory approval procedure.

Criteria set for listing will no longer involve rigid requirements on profitability and will take into account companies’ market value and business prospects. Stocks will be given more room to fluctuate on a daily basis, and investors will have more tools to hedge risks, according to the draft rules.

The test of all the changes will be whether the most promising tech companies will be willing to list on the board and whether investors benefit, said Liu Xiaodan, chairman of Huatai United Securities.

Regulators are racing to nail down the rules for the new board and expect it to start accepting companies in the first half of this year, Caixin learned. The Shanghai exchange said all technical preparations for the new board will be ready by the end of March. Analysts said they expect to see the first applications for a listing on the new board to be filed as soon as in April.

But an investment bank source familiar with the matter said there is still much to be done before the first company can float on the new market, such as drafting detailed rules for IPO prospectuses and due diligence.

As the draft rules were released at the end of January, China’s new CSRC head Yi Huiman convened a meeting to outline the commission’s next tasks for bringing the new board to life. Yi emphasized proposed reforms while reaffirming the importance of strict supervision, according to a source who attended the meeting.

The new board will test the waters for an overhaul of major listing rules in China. Unlike the two main boards in Shanghai and Shenzhen, the high-tech board will not require a company to have a three-year track record of profitability to be eligible for listing. Instead, companies will need to meet one of five criteria set in the draft rules involving market value, profit potential, revenue, research capacity and business outlook.

The relaxed requirement on profitability will open the door for pre-profit companies like biotech startups to list on the board.

Caixin learned that regulators set the five criteria after reviewing related requirements set by regulators in Hong Kong and the U.S. But an official who participated in the rule drafting said it will still be a challenge for regulators to make accurate judgments on companies’ capacity for innovation. The Shanghai exchange plans to set up an advisory board consisting 40 to 60 leading tech and investment experts to evaluate applicants’ technological potential, according to Wang Jiyue, a senior investment banker.

To attract tech company listings, the new board will accept companies structured as variable interest entities (VIE) or with weighted voting rights if they meet certain requirements on information disclosure or market value. Both of those arrangements have been frequently adopted by Chinese tech companies like Alibaba Group and JD.com.

The high-tech board will also ease daily trading limits to give more room for stocks to fluctuate. No limit on price movements will be set on an IPO’s first day of trading and over the subsequent four days. Gains and declines will be subject to a 20% daily cap after that. On China’s other boards, the current cap on share-price fluctuations on the first day of trading is 44% and subsequently 10% a day.

Stocks on the high-tech board will be subject to stricter delisting rules as authorities aim to rein in speculation and ensure that the market gains a reputation for high-quality companies.

Delisting has been rare in China’s stock market over the past two decades as shareholders and local authorities have been reluctant to take that step even when a company becomes financially unviable. Listed stocks with poor business can be traded as shell companies and attract speculators.

The draft rules provide clear guidelines and criteria for delisting over a range of situations such as operating problems, law violations and disclosure noncompliance. That differs from existing regulations under which authorities focus primarily on how long a company has been losing money. The draft rules also would shorten the delisting process.

The high-tech board will allow more flexibility in the use of short selling, in which investors expecting a stock to fall can turn a profit by borrowing shares from securities firms, selling them, and then buying shares back at a lower price before returning them.

Under the current strict rules, short selling accounted for only 0.87% of China’s total stock market value as of Jan. 30. Analysts said allowing short selling of individual stocks will help to curb speculation.

“Recognizing the necessity of the short-selling mechanism is the basis for accepting market mechanisms as a means of resource allocation,” said Deng Hao, chairman of the Beijing-based private equity fund Great Entropy.

A registration-based IPO system was first proposed by the government in 2013 as a key step in stock market reform. It will allow the market to decide on stock investment and trading under fair rules. The government’s role is to set the rules and ensure enforcement rather than deciding the price and indexes, analysts said.

In China’s current IPO approval mechanism, the CSRC determines which company can go public based on financial performance. The present system has created a vicious circle, said an executive of a foreign-funded investment bank.

“The more regulators intervene, the less investors are willing to make judgments,” the executive said. “The regulatory review only makes it easier for companies to cheat and makes the costs of cheating extremely low.”

Caixin learned that the new board’s IPO registration system will be similar to Hong Kong’s merit-based system. The Shanghai exchange will take the principal role of reviewing draft prospectuses to ensure adequate disclosure. The exchange will pass applications to the CSRC for IPO registration, which will be completed within 20 business days.

Under the new system, regulators will no longer set rigid requirements on profitability, customer concentration and other business criteria. Instead, companies’ materials will be reviewed to make sure their disclosures are real, accurate and adequate.

The new board will bar IPO sponsors from participating in book-building or the pricing process. But sponsor institutions will be required to buy 2%-5% of the new shares they help to sell and hold the stocks for two years through a subsidiary, according to the draft rules.

The new board will also relax share-placement requirements and allow company management and employees to take part in pre-IPO placements through asset management plans.

Such arrangements are aimed to promote the market’s role in stock pricing, ensure that sponsors conduct proper due diligence and select the best companies for the high-tech board, and see that the pricing of shares is fair, a source close to the CSRC said.

An investment bank source said it will take time for the market to determine whether the changes can make a real shift from China’s long standing IPO approval system.

“If it only moves (the decision-making on IPOs) from the CSRC to the Shanghai exchange, it will be not enough,” the source said.

Experts have long called for Chinese regulators to give up their patriarchal regulatory approach, which is blamed for discouraging market players’ initiative and creating room for arbitrage.

Fang Xinghai, vice chairman of CSRC, said future supervision will focus only on companies’ information disclosure and leave investors, not regulators, to decide which stocks are worthy investments.

Nov. 12: A key Party document vows to facilitate the reform towards a registration-based IPO system.

Nov. 19: State Council pledges to accelerate the drafting of plans to shift to a registration-based IPO system.

April: National legislators made first review of Securities Law revision, the first change of the law in 10 years.

May 29: The central bank vows to promote IPO reform.

December 9: State Council announces it will seek authorization by the national legislature to let the registration-based IPO reform proceed before revisions to the Securities Law are done.

March 13: Then-CSRC Chairman Liu Shiyu says it will take a long period to roll out the registration-based IPO system.

March 16: The 13th Five-year Plan indicates that IPO reform will be postponed.

March: The government's top economic planning agency says in its annual report submitted to the national legislature that it aims to facilitate the revision to the Securities Law, without linking it with IPO reform.

Feb. 24: The national legislature agrees to extend its authorization for the government to conduct registration-based IPO reform before the Securities Law is revised by two years till Feb. 29, 2020.

Jan. 30: Detailed rules are released for the high-tech board and the registration-based IPO system for the new trading venue.