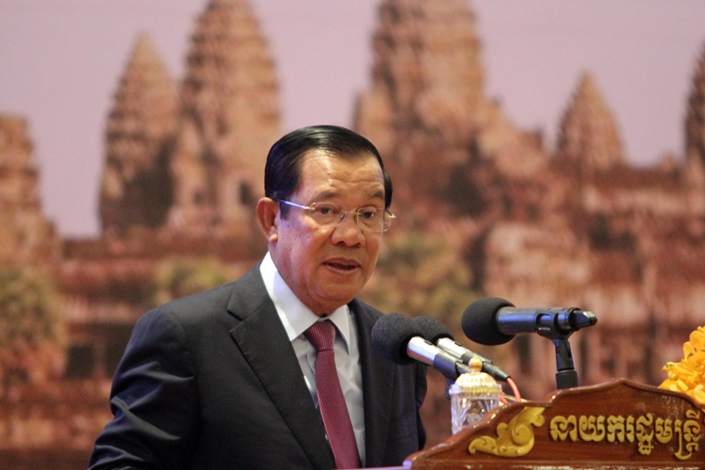 (Nikkei Asia) — Cambodia will acquire 1 million doses for its first batch of Covid-19 vaccinations — an effort partly funded by the country’s rich elite — but is not opting for China’s Sinovac shots at this stage.

The program — run by Gavi, the Vaccine Alliance — provides support for poor countries to acquire vaccines for 20% of their populations, though beneficiary states may be required to share costs of up to $2 per dose. It will provide access to treatments approved by the World Health Organization, which is yet to endorse any vaccine candidates.

Hun Sen said the country would not accept vaccines uncertified by the global health body.

“Cambodia is not a dustbin ... and not a place for a vaccine trial,” he said.

That position appears to rule out any early deal to secure the Sinovac vaccine from China, which has pledged to support vaccine efforts in Cambodia, its closest ally in the region.

In August, Chinese Premier Li Keqiang told Mekong countries they would be given priority once the China-developed vaccine is ready. This was echoed by Foreign Minister Wang Yi during a visit to Cambodia in October.

The Khmer Times reported on Monday that China’s ambassador in Cambodia was in contact with the government about the potential of deploying the China-made vaccine, citing a social media post from the diplomat.

World Health Organization country representative Li Ailan told local media she hoped a vaccine would be available in Cambodia early in 2021 or by the middle of the year.

The list of major donors reads like a “who’s who” of Cambodia’s powerful business figures, in what analysts say is an illustrative example of the patronage networks that underpin wealth and power in the country.

Such contributions, which extend down to smaller pledges from local level officials, are a familiar staple of the Cambodian patronage system — networks of financial and familial ties that bind together the country’s ruling class.

It sees elites curry favor by funneling cash into humanitarian organizations linked to the prime minister and his ruling Cambodian People’s Party, such as the Cambodian Red Cross which is run by Hun Sen’s wife.

The CPP then distributes aid and funds projects presented as gifts from the party.

“These kinds of donations support efforts to politicize service delivery and the government’s approach to social protections,” said Neil Loughlin, a researcher at the Royal Netherlands Institute of Southeast Asian and Caribbean Studies.

“In return, these business actors have been provided wealth-generating opportunities through state contracts and licenses to operate lucrative businesses, some of which have been highly controversial.”

In his speech on Tuesday, which lasted almost four hours and saw him cancel high school exams because of the coronavirus pandemic, Hun Sen lashed out at criticism of such fundraising, calling it an “insult” to all Cambodians.

“Do not underestimate the generosity of Cambodian people regarding the purchase of Covid-19 vaccines. Their contributions are purely voluntary,” he said.

However, Sophal Ear, associate professor of diplomacy and world affairs at Occidental College in Los Angeles, called the practice “feudal.”

“Where did the Oknhas get their money? From who else, but the people, through shady monopoly deals and concessions that have jacked-up the price of everything in Cambodia,” he said.

“In the end, it takes from the poor and gives it to the rich and then the rich give back a few millions which for them is just pennies on the dollar for what they truly took from the Cambodian people.”

Cambodia’s government expenditure on health care is among the lowest in the region, while its citizens face high out-of-pocket health expenses, according to the World Bank.

Still, Cambodia remains in an enviable position. It has recorded just 362 confirmed cases of Covid-19 and zero deaths.

Of these, 41 are connected to the country’s first locally-transmitted cluster, which emerged late last month after spreading via the family of the director of prisons.

In his speech, Hun Sen said the outbreak was under control, but not over.

Michael Kinzer, director of the Cambodia global health security program at the U.S. Centers for Disease Control and Prevention, or CDC, said contract tracers were “getting a handle” on the situation.

“The signs lately are headed in the right direction,” he told Nikkei Asia. “We are not seeing new cases floating around in the community that are unlinked to any other cases, which is encouraging.”