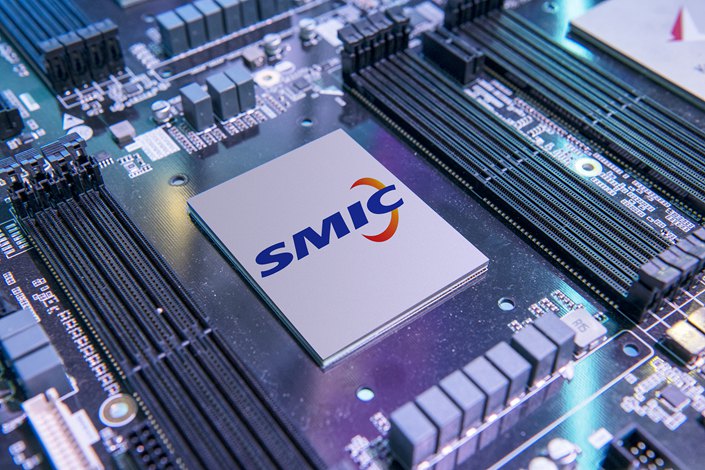 (Nikkei Asia) — China’s top chipmaker Semiconductor Manufacturing International Corp. has hired a former senior executive from its biggest rival to be its vice chairman, in a move to bolster the Chinese chip industry against U.S. blacklisting and tightening export controls.

The move immediately sparked turmoil at SMIC, however, as Co-CEO Liang Mong-song reportedly quit unexpectedly the following day. The chipmaker suspended trading of its shares in Hong Kong on Wednesday morning, saying it would make a “major announcement” later in the day. Its Shanghai shares were trading as normal but fell as much as 10% at one point in early morning trading.

The high-profile hiring by SMIC comes as the Beijing-backed chipmaker faces tighter export controls put in place by the U.S. Commerce Department in September that required American suppliers to apply for licenses before providing technology to the company, citing the “unprecedented risk” posed by SMIC’s alleged links to the Chinese military.

More than 10 companies from China approached Chiang after the industry veteran confirmed his resignation from another Chinese chipmaker earlier this year, a source familiar with the matter told Nikkei Asia.

SMIC praised Chiang for his contributions to the industry, saying he helped “to move forward the technology and industrial development for the semiconductor industry.”

Chiang will receive $670,000 in annual salary, SMIC said, as well as bonuses that will be reviewed and decided by the board. Terms with Chiang will need to be renewed annually.

U.S. pressure has forced SMIC to delay facility expansion and lower its annual capital spending. This month, the company was added to a U.S. Defense Department blacklist to restrict U.S. investors from trading the company’s shares.

Semiconductor self-reliance has become increasingly important to Beijing in response to prolonged trade tension with Washington and is linked deeply to national security. Chinese tech champion Huawei Technologies is still the target of a U.S. crackdown and has been cut off from supply chains after the Trump administration labeled it national security risk.

As the country’s top chipmaker, SMIC -- which counts Huawei has its biggest client -- shoulders China’s hope for accelerating semiconductor development.

Chiang told Nikkei Asia that he is still under quarantine in Shanghai where SMIC is based. The executive lived in California after he retired from TSMC in 2013 and was an adviser to Morris Chang, TSMC’s founder, until 2015.

TSMC Chairman Mark Liu, who was the chipmaker’s co-COO with Chiang in 2012, told reporters Tuesday that he respected Chiang’s decision to join its rival.

Chiang led the Taiwanese flagship as it developed advanced technologies, including the 16-nanometer chips used in Apple’s iPhone 7 range, which helped TSMC secure the market-leading position to be the sole iPhone core processor supplier. He was also an early advocate of advanced chip-stacking and packaging technology, which allowed TSMC to outperform rivals and counter the slowing of chip development, or the so-called Moore’s Law.

This is not the first time Chiang has worked with SMIC. He joined the company as an independent board director in 2016 and later joined Wuhan-based Hongxin Semiconductor Manufacturing as CEO in 2019 before the chipmaker sunk into serious financial woes this summer.

Meanwhile, SMIC said it is attempting to contact Liang to confirm whether the co-CEO “truly intends” to leave the company. The chipmaker’s shares in Hong Kong fell 7% following media reports that he had submitted a letter of resignation to SMIC’s board.