Opinion: Conflicts of Interest in China’s Rating Industry Should Be Eliminated 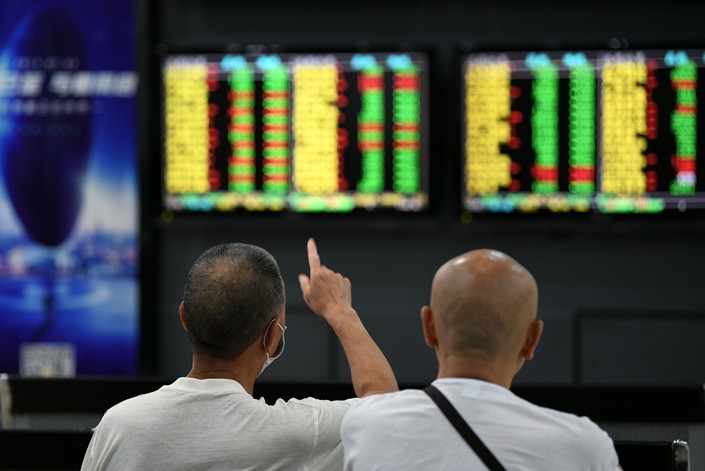 The default wave that rattled China’s bond markets over the past month sprung forth unannounced and at breakneck speed. The wreck left in its wake — debt issue suspension, increased volatility and shaken investor confidence — may linger for some time. Brilliance Auto and Yongcheng Coal have called into question the implicit guarantee of the government as a financial backstop for distressed issuers. More importantly, it offers an opportunity to address structural challenges in China’s fixed income market including the role of ratings agencies.

Part of the bond market turmoil is due to growing pains associated with Beijing’s aim to let market forces drive structural reform where wayward borrowers are allowed to go out of business, thus bringing much-needed discipline. Defaults, virtually unknown a decade ago, have been tallying higher numbers every year. According to Wind, in 2019 China logged 184 defaults worth 149.4 billion yuan ($22.8 billion), while this year’s total is forecasted to exceed last year’s.

But the dislocation is also attributable to conflict of interest that some of its principal actors are subject to. A main area of concern is the role of ratings agencies (credit scorers). As in the U.S., during the Great Financial Crisis, ratings agencies in China suffer from conflict of interest as they are compensated by the firms they are supposed to rate objectively. But in China, local ratings agencies are bound not only by client demands but also the government. Moreover, since many firms are state-owned enterprises, delighting a corporation with a favorable credit score also means pleasing the local authorities.

China’s credit ratings agencies are standing firm by their AAA scores, even as the default wave has unsettled the country’s $4 trillion corporate debt market. Local ratings agencies have been too liberal in assigning undeserved high credit scores, while struggling to differentiate between credit profiles of firms. Furthermore, cutthroat pricing and sub-par methodologies have led to inadequate pricing of risk in some deals.

A key takeaway is that market participants will demand greater credit differentiation among issuers that reflect sound business fundamentals and less so on misplaced faith that local authorities will bail out struggling government-backed firms.

What should be done next? Regulators should shed a much-needed dose of sunlight, to rectify conflict of interests that have plagued the ratings industry. In a previous essay, I argued that investor scrutiny is becoming tougher, demanding more information disclosure of firms and rejecting debt extensions from wayward borrowers.

In particular, as foreign players begin to snap up larger stakes in fixed income assets, local companies and ratings agencies should expect tougher, probing questions from executives. Foreign ownership rates of Chinese bonds are in the single-digits, compared to 15% to 20% for other Asian markets. In general, Chinese fixed income securities have yet to attract substantial portfolio flows from international investors. But higher yields on Chinese debt (compared to developed markets), inclusion in global bond indices and opening market access will drive foreign ownership higher. With greater participation rates and a more active market, anticipate the conversation between investor, issuer and rater to take on a more serious and exacting tone.

Second, local ratings agencies are slow to spot trouble and need to provide greater vigilance in monitoring deals and issuers. Credit scoring may be an imprecise measure of risk but the future expectation will be for ratings firms to provide a warning sign or announce a credit downgrade, prior to a declaration of a late or missing payment by the issuer. Otherwise, ratings agencies provide minimal value forcing investors to rely solely on their own credit models. Considering local credit scorers have a close relationship with firms and local governments, information flow should be improved to provide accurate and timely disclosures.

Removing barriers to entry for foreign ratings agency involvement is another sign of demonstrable progress. Allowing Fitch and S&P to enter the credit ratings game is welcome news. But foreign raters still face an uphill battle to bear a meaningful impact on the industry. This is partly due to their recent arrival, limiting their scope of coverage. Beyond that – exacting standards to rate issuers vis-a-vis local peers, a limited range of business activity, premium pricing, and a scarcer supply of local relationships — all place foreign ratings agencies at a competitive disadvantage, at least for now.

Furthermore, foreign ratings agencies need to evaluate the option of remaining independent without the constraints that a joint venture may impose. “Previously all three major ratings agencies had JV entities with degrees of non-control ownership stake and Fitch sold its JV, Lianhe Credit Rating Co Ltd, in 2018 to GIC. Any joint venture process can be convoluted given the potential divergence of interests of the main partners,” according to New York University finance professor David Yu.

Without a dose of reform, do not expect the accuracy of credit scorers to improve. Additional missing payments and bond defaults, may leave investors risk-averse, wondering which firm will be the next domino to fall. Left unaddressed, some borrowers may see credit dry up and investors may be forced to re-price assets leading to further market dislocation. Regulators have an opportunity to dispel concerns while satisfying demands market participants are clamoring for.

What does China stand to gain? Foreign ratings firms can bring to the foreground the wide gulf that at times exists, between ratings issued by local and foreign peers. Over time, as investor sophistication heightens and competition from foreign credit agencies heats up, local raters will need to up their game – provide superior credit methodologies and a sense of accountability when credit scores are off the mark.

In a broader context, the tandem forces of institutional reform and further opening of the bond market to foreign actors accelerates Beijing’s timetable for developing a mature and international fixed income market. Additional foreign investment and an expanded role for overseas rating agencies enhances trust and confidence that is the seedbed for a highly-efficient market.