Editorial: Regulators Are Right to Take On Competition-Killing Big Tech 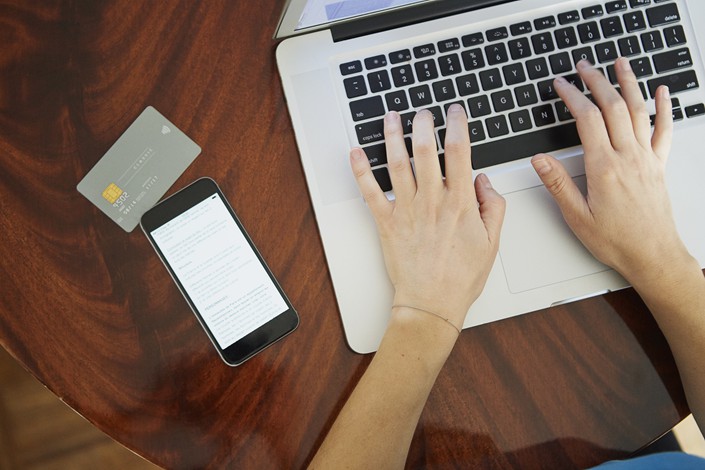 There has been controversy over whether internet platforms should be subject to antitrust laws. They shoud be.

On Dec. 11, the Politburo clearly proposed “strengthening antitrust and preventing the disorderly expansion of capital.” On Dec. 14, the State Administration for Market Regulation (SAMR) declared that three mergers involving Alibaba Group Holding Ltd., Tencent Holdings Ltd. and SF Express had not been reported in accordance with the law and imposed administrative penalties. Before that, the SAMR published draft antitrust guidelines for the “platform economy.” This series of actions heralds a coming era of tighter supervision over online platforms.

In recent years, the digital economy has developed rapidly and has become an important part of the new economy, driving the transformation of China’s economic dynamism. Internet platforms have contributed to this trend, but are now increasingly abusing their dominant position in the market.

Their actions affect both the operators that use the platforms and the consumers who buy from them. Typical abuses include the excessive powers of platform managers, preferential treatment for businesses that the platform creator also owns, and forcing businesses to choose between one platform and another. It also includes behavior that excludes or restricts competitors, or that uses so-called “killer” mergers and acquisitions to keep out potential competitors.

Until recently, regulators have approached such behavior cautiously, remaining mindful of supporting new industries and business models. However, the negative externalities of the platform economy have become increasingly prominent. While the benefits go to a small number of people, all of society bears the losses. Antitrust work is therefore imperative.

There has been controversy over whether internet platforms should be subject to antitrust laws. Critics often cite the particularity of platforms different from traditional industries. However, online platforms do not have special dispensation to subvert economic laws and legal order. In other words, they should not be exempt.

Some opine that the development of online platforms cannot be separated from economies of scale and the network effect, claiming that monopolization is baked into the nature of the web. They say that the internet industry’s technological iterations develop far quicker than traditional industries, turning today’s king of the heap into tomorrow’s top of the scrapheap. Even if several giants dominate the market, they say, there will always be new opportunities for market entry, making antitrust unnecessary.

These views contain both truth and falsehoods. Antitrust actions against internet platforms must naturally consider the characteristics of a particular industry. However, it is more important to examine the consequences of individual platform behavior to see whether they substantially exclude or restrict fair competition. Where abuses exist, authorities must not sit idly by.

Antitrust neither contradicts the aim of strengthening and expanding the platform economy, nor stifles the innovation of online platforms. The scale of each platform, its market competitiveness, and its market dominance will not necessarily lead to antitrust investigations. The key lies in whether the platform abuses its dominant market position and whether its operators are concentrated to the point that they eliminate or restrict competition.

It should also be pointed out that the essence of preventing the disorderly expansion of capital lies in the notion of “order.” The rule of law should define order and disorder, and aim to create and protect a level playing field. The central government’s stance must not be narrowly interpreted as forbidding capital expansion, let alone as denying the market economy. Strengthening antitrust and preventing the disorderly expansion of capital are two sides of the same coin.

Some scholars believe that internet platforms created through market competition should be exempt from antitrust action. There are significant logical flaws in this position. Competitive behavior early on does not guarantee that a platform will not cultivate a monopoly as it grows.

A phenomenon that cannot be ignored is that the status of industry giants is not maintained by fair competition alone. They often partner with local governments and can receive preferential treatment that other companies simply have no chance of enjoying. This commingling of powers in the digital economy era often gets entangled with administrative monopolies and complicates antitrust efforts.

Many people mistakenly interpret the current flurry of antitrust actions as a rarity or a campaign. Online antitrust is a growing global concern and the inevitable result of the development of the platform economy to its current stage. How to implement effective regulation based on the characteristics of the platform economy is a common problem faced by regulators in various countries, and international cooperation on the phenomenon needs to be strengthened.

In recent years, tech giants like Google LLC, Facebook Inc., Apple Inc. and Amazon.com Inc. have faced numerous antitrust investigations in Europe and the United States, and have been issued huge fines. Facebook and Google are also facing large antitrust lawsuits in the U.S. Recently, the European Commission submitted two draft laws, the Digital Services Act and the Digital Markets Act. Chinese regulators can learn from forward-thinking developed economies about anti-monopoly regulations, the strictness of law enforcement and the design of specific mechanisms.

At present, China urgently needs to further improve laws and regulations to meet the needs of online antitrust, and accelerate the streamlining of anti-monopoly mechanisms. The draft amendment to the antitrust law published in early 2020 specifically added a clause on internet antitrust, clarifying that “the network effect, economies of scale, lock-in effects and the ability to master and process relevant data should also be considered when determining whether operators in the internet field have a dominant market position.”

The other draft guidelines also incorporate the concentration of operators under the agreement control (VIE) structure, which have been in a regulatory gray area, into the scope of antitrust review. These new trends are all measures to adapt to specific business conditions. However, it is hard to refine the relevant rules and make regulation more effective. In addition, there are some shortcomings in the internal coordination of anti-monopoly agencies after a recent merger, with the deployment and specialization of supervisory and law enforcement personnel undoubtedly directly affecting the effectiveness of antitrust actions.

Strengthening antitrust in the online platform sector promotes its healthy development and makes greater contributions to China’s new economy. We should stop taking extreme positions about platforms, avoid blindly worshipping them or denouncing them, and seek truth from facts to maximize benefits and eliminate defects. Anti-monopoly efforts should proceed in strict accordance with the spirit of the rule of law. Online platforms are special things, but they cannot hold special status before the law.