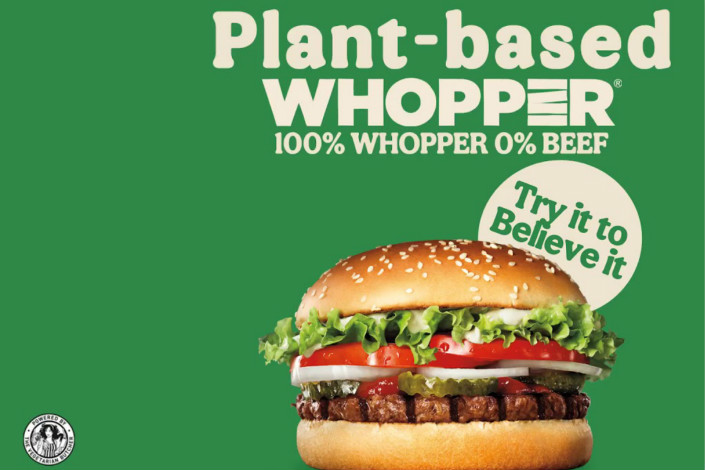 Burger King will sell a plant-based burger at its China restaurants, as food and beverage companies race to bring synthetic meat products to local consumers, Reuters reported on Wednesday.

The U.S. fast food chain has selected Vegetarian Butcher, a Dutch meat-substitute maker acquired by Unilever in 2019, to supply patties for its meatless burger, which will be named the Plant-based Whopper, according to Reuters.

The Plant-based Whopper, which is expected to be priced about the same as the beef version, will first appear on menus at 325 Burger King restaurants in Beijing, Shanghai, Shenzhen and Hangzhou. A nationwide rollout is set to begin in the second quarter of 2021, Reuters said.

Burger King is among several global food and beverage companies salivating at China’s potentially huge plant-based meat market. Starbucks has offered a vegetarian menu featuring products from U.S. faux-meat maker Beyond Meat for its China locations. Beyond Meat is also planning to move some of its production lines to China amid growing demand for plant-based meat alternatives.