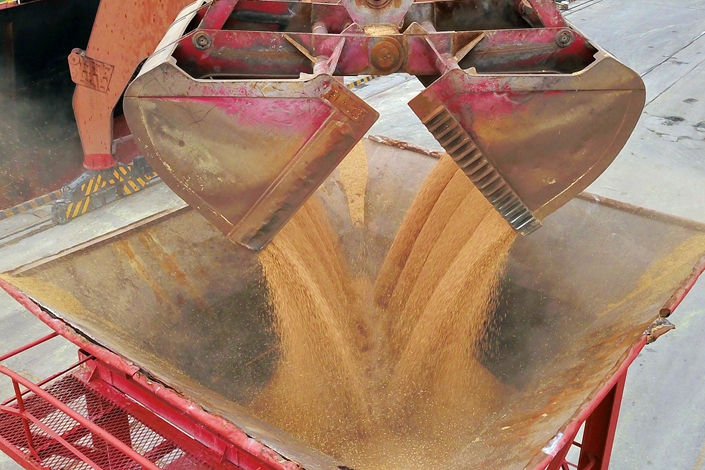 (Bloomberg) — China’s soybean imports will probably surge above 100 million tons in 2020-21, smashing the previous high set in the last marketing year, as local crushers ramp up capacity to take advantage of the country’s burgeoning demand for animal protein.

Imports from the U.S. may more than double to 36 million tons amid expectations of lower output from South America, Shi Yongge, general manager of state-owned Jiusan Group, told a conference in Guangzhou. The increase in purchases is also part of China’s efforts to meet its Phase One trade deal with the U.S., he added.

China has bought a massive amount of soybeans this year to feed a domestic herd that’s recovering faster than expected from African swine fever. The buying frenzy helped spark a global price rally at a time investors are concerned about supply, particularly as the La Nina weather pattern causes dryness in Brazil and Argentina which could hurt crops. Corn, which is also used in pig feed, has seen a similar surge.

China’s soybean imports from Brazil may slip to 56.9 million tons during 2020-21 from 69 million in the previous year, while purchases from Russia could halve to about 450,000 tons due to low planting acreage, Shi estimated. China’s marketing year starts in October.

With hog numbers in the world’s biggest pork producer likely to make a full recovery by the first half next year, domestic soy processors are cashing in. Crushing capacity will expand by 31,000 tons a day in 2021 and a further 20,000 tons per day the following year, Shi said at the conference organized by the Dalian Commodity Exchange.

The industry processed 88 million tons of soybeans in 2019-20 at an average operation rate of 69%. The top 10 crushers account for 84% of the country’s total capacity. State-owned COFCO has a market share of 18%; Yihai Kerry has 16%, while Jiusan and state-owned Sinograin hold 8% each.

China soybean meal demand may climb by as much as 10% in 2020-21 from 5.8% last year, as improvements in living standards continue to bolster demand for meat, eggs and milk. Meal, a product of soybeans, is used for animal feed.