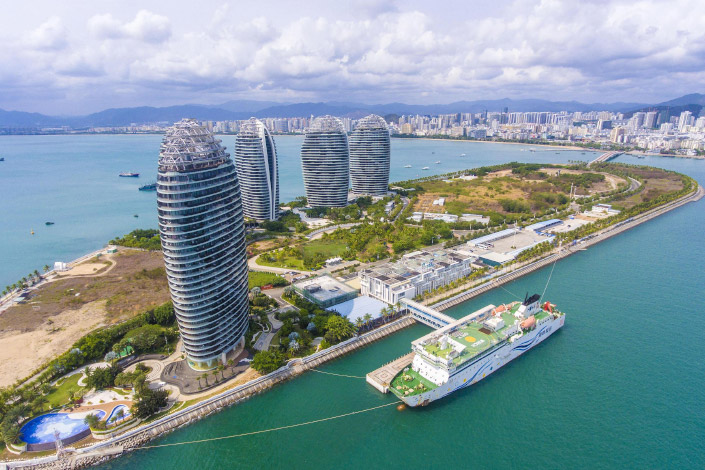 Humankind is about to bid farewell to a year decimated by the Covid-19 pandemic and look ahead to a 2021 characterized by commingled hope and risk.

China’s economy rapidly stabilized and recovered thanks to appropriate disease prevention and control measures, the solid foundation laid by 40 years of reform and development, and the Chinese government’s unswerving commitment to reform and opening up. People sincerely hope that the New Year will bring the normalization of pandemic control and further breakthroughs in reform.

For China and other countries, 2020 has been an extremely difficult year. The pandemic has severely hit the global economy, but China is expected to become the only major economy to grow this year. The battle for poverty alleviation was won, the 13th Five-Year Plan ended smoothly, and a well-off society was built in an all-round way.

These were hard-won achievements. At the end of 2019, China was laid low by its initial Covid-19 outbreak. Its GDP fell by 6.8% year-on-year in the first quarter of 2020 and by 1.6% year-on-year in the first half. The Chinese government has adopted strong measures to control the epidemic, including a number of fiscal and monetary relief policies. The economy has shown strong resilience, largely built on 40 years of reform and opening up; our rapidly expanding production capacity for medical goods would have been unimaginable without it.

The good news is that in 2020, even under the pandemic’s shadow, China continued to introduce new reforms, not least for the economy and particularly in the financial and capital markets sectors.

There were many highlights. China made significant progress on stock market reform, including the pilot registration system and changes to the delisting system. The government also approved a three-year program for the reform of state-owned enterprises and advanced changes to “delegation of control and service,” the land management system, the household registration system, scientific and technological systems, and the medical insurance system.

Most remarkable was the notion of “promoting reform through opening.” China expanded its number of pilot free trade zones to 21, promoted the construction of the Hainan Free Trade Port, joined the Regional Comprehensive Economic Partnership, and said it is considering joining the Comprehensive and Progressive Agreement for Trans-Pacific Partnership.

More importantly, in the first half of the year, the Central Committee and the State Council issued two top-level documents outlining opinions on improving market allocation systems and mechanisms for productive forces, and improving the socialist market economy in the Xi era. The recently concluded Central Economic Work Conference reemphasized that “a high-level socialist market economic system must be built.”

Clearly, that means China should more thoroughly embody the principles of making government more effective, and letting the market play a decisive role in resource allocation. China has established a framework for the market economy, but the system still has several weaknesses and defects, mainly concentrated in resource allocation and fair competition. For this reason, further reform is needed.

Additionally, demands for action on monopolies are becoming increasingly urgent. Currently, the central government is intensifying anti-monopoly efforts. The relevant departments need to file investigations into individual industry giants, especially internet platforms, for suspected monopolistic behavior. The results of those investigations should be consolidated through sound laws and regulations.

We should recognize that reform and opening up is moving slower than the expectations of the people and China’s urgent need for social and economic development. Many of the difficulties we face are largely due to a lack of reform.

In 2021, China’s economy will lumber on. Amid the shock of the pandemic, the macro leverage ratio has risen, financial risks may “explode” with increasing frequency, and countless small, medium and micro enterprises need support. Correspondingly, domestic reformers still face arduous tasks. We must urgently push forward pension reform, land system reform, household registration reform, fiscal and taxation reform, and scientific research system reform. If the pandemic has taught us anything, it’s that we must also prioritize changes to the public health system.

Future reforms should pay more attention to comprehensiveness. The term is frequently invoked in the go-to phrase “comprehensive deepening of reform” and covers our economic, political, cultural, social and other systems. While reforms have different priorities in different fields, their effectiveness ultimately depends on whether they operate in a joined-up manner. The progress of reform in some areas is difficult precisely because reforms in other areas have been slow to keep up or even lagged behind.

In the early stages of reform and opening up, policymakers often turned to systems theory as a theoretical tool, focusing on studying the relationships between individual elements and the system as a whole. This methodology still has value today. We should note that our socioeconomic system contains many interrelated subsystems.

The Central Economic Work Conference identified eight key tasks for the government, including the need to strengthen national strategic scientific and technological power and to enhance the self-sufficiency and controllability of industrial supply chains.

Clearly, the intention is to maintain the security of domestic supply chains and prevent technological “chokepoints.” This is neither the result of a campaign by companies and research institutions akin to China’s military-industrial complex, nor a reflection of the state of China’s manufacturing industry or investment. Instead, it represents a breakthrough in the long-stagnant reform of education and technology systems to create a relaxed, tolerant and generous environment for the influx of national talent.

Looking ahead to 2021, China must balance arduous reform and development tasks with huge external uncertainties. As the pandemic shows, so-called black swan incidents can happen. Continuing to comprehensively deepen reforms and expand opening up can give us a valuable sense of certainty in uncertain times.