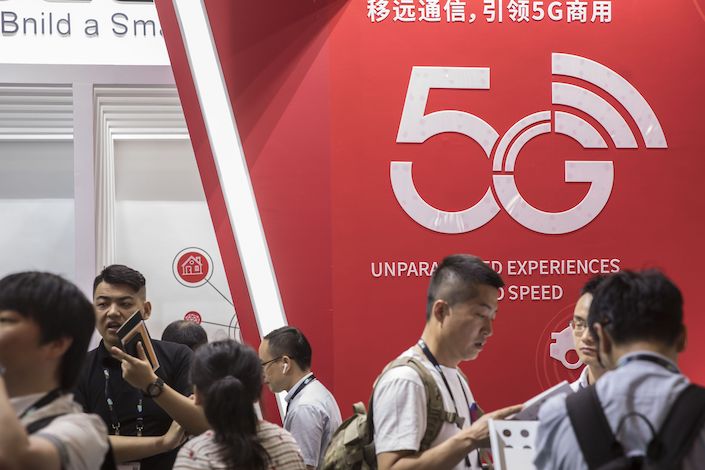 Carriers from China Mobile Ltd. to China Telecom Corp. will build upwards of 600,000 base stations to accelerate 5G coverage across major cities, Minister of Industry and Information Technology Xiao Yaqing said at an industry event, according to the official Xinhua News Agency. The envisioned rollout will come on top of at least 718,000 stations nationwide that transmit and amplify mobile signals.

China began to put in place the world’s largest and most sophisticated 5G network this year in a $1.4 trillion rollout of technology infrastructure it hopes will boost the world’s No. 2 economy and underpin everything from autonomous vehicles to artificial intelligence.

Huawei Technologies Co. and its smaller rivals are expected to reap the lion’s share of that largesse while foreign providers such as Ericsson AB and Nokia Oyj struggle to win contracts. Network construction is also expected to lift adjacent sectors such as semiconductors.

ZTE shares jumped as much as 9.1% in Hong Kong, while Datang Telecom Technology soared as much as 8%. Peers Fiberhome Telecommunication Technologies Co., Wuhan Fingu Electronic Technology Co. and Suzhou Shijia Science & Technology surged by their 10% daily limits on Chinese exchanges.

Major telecom operators including China Mobile, China Unicom Hong Kong Ltd. and China Telecom, which have yet to announce their 2021 capital spending plans for 5G construction, fell between 0.7% and 2.7%. The carriers are expected to incur rising costs in maintaining expanding networks while revenue from commercial 5G packages have yet to recover their capital input.

Beijing is accelerating its bid for global leadership in key technologies. In a masterplan backed by President Xi Jinping, China is calling on urban governments and private tech giants like Huawei to lay 5G networks, install cameras and sensors, and develop artificial intelligence software by 2025 that will underpin automated factories and mass surveillance. Such initiatives drew fierce criticism from the Trump administration, resulting in moves to block the rise of Chinese tech companies such as Huawei.