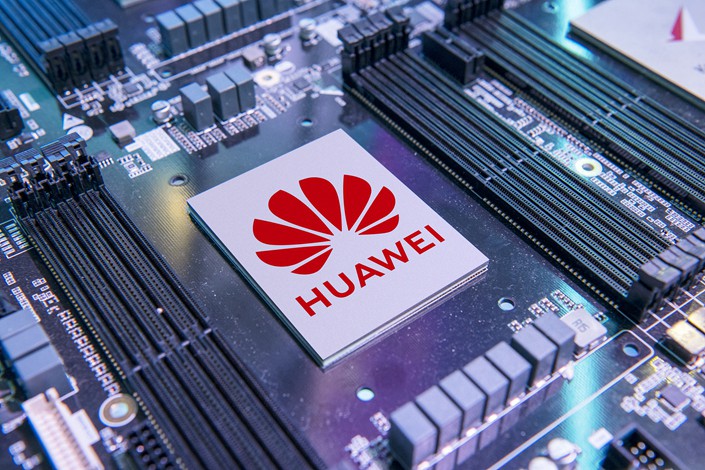 While internet companies were coming under fire in 2020, Huawei also faced bans from a growing number of countries worried that its core networking equipment could be used for spying.

2020 could well go down as the year when the world finally pushed back against an emerging field of Chinese tech giants after years of unchecked growth. Telecommunications-gear giant Huawei Technologies Co. Ltd., video sharing sensation TikTok and Starbucks Corp. challenger Luckin Coffee Inc. represented the trend in different ways, suffering major setbacks in both Western and developing markets during the year.

First there’s TikTok, a wildly popular short video app owned by ByteDance Ltd., which has becoming one of China’s first true global success stories after finding strong audiences in both the U.S. in India.

The app was one of over 200 from China banned by India in late June, followed by similar action from Pakistan in October. In the U.S., the Trump administration told ByteDance to either sell its U.S. operations or risk having the service banned. National security concerns underlay many of the actions, as countries worried about the troves of personal user information that could fall into Beijing’s hands due to TikTok’s Chinese ownership.

New Delhi’s massive ban in late June included not only TikTok, but also Tencent Holdings Ltd.’s WeChat, Sina Corp.’s Weibo, Baidu Inc.’s Baidu Maps and Alibaba Group Holding Ltd.’s UC Browser. It said the apps could compromise the sovereignty and integrity of India, and also threaten its security and public order. Geopolitics may also have been at play, as the act came days after the first major border clash in years between Chinese and Indian soldiers.

With India becoming one of the most important markets for Chinese tech in recent years, ByteDance was expected to lose an estimated 200 million users in India with the ban.

India would go on to ban another 118 China-owned mobile apps, bringing the total to over 200 by the end of November, including e-commerce giant Alibaba’s Taobao online marketplace and its Alipay payment service, and Tencent’s popular game PlayerUnknown’s Battlegrounds.

Not long after India’s actions, TikTok faced a similar threat in its second-largest overseas market, the United States, where it has 70 million monthly active users. Faced with pressure from the Trump administration, ByteDance entered talks to sell part or all of TikTok’s U.S. operations to Microsoft Corp., Oracle Corp. and Walmart Inc., only to fail after rounds of negotiation. Those talks are still pending, and TikTok has also taken its battle to the U.S. courts. WeChat faced a similar ban in the U.S., and has also sued the Trump administration.

No breaks for Huawei

While internet companies were coming under the gun, Huawei — a technology highflyer known for its smartphones and networking equipment — also faced bans from a growing number of countries worried that its core networking equipment could be used for spying. The U.S. has led that charge, and over the past year countries including Britain and Sweden took steps to keep Huawei out of their new 5G networks.

But the U.S. wasn’t content just to keep Huawei equipment out of global 5G networks. It also took additional steps to cut off the company from suppliers of key components for its core networking equipment and smartphones. After banning its American suppliers from selling to the Chinese giant, Washington also threatened Huawei’s key foreign suppliers like South Korea’s Samsung Electronics Co. Ltd. and Taiwan’s TSMC with similar action unless they stopped doing business with Huawei.

Many are now waiting to see if the incoming administration of President-elect Joe Biden will keep up the pressure on TikTok and Huawei. While few think Biden will move as aggressively against the Chinese tech giants as Trump, many also believe that dialing back existing actions could be low on his priority list.

Meanwhile at home, China’s tech giants have been coming under tighter scrutiny from Beijing regulators worried about their freewheeling and anti-competitive ways. That increasing oversight was apparent in the spectacular collapse of a mega-IPO by Ant Group in November. The deal had been set to become the world’s largest IPO of all time, but ended up becoming the biggest flop after Chinese regulators decided at the 11th hour that the company needed more oversight to rein in its freewheeling ways.

The same month that Ant Group’s IPO collapsed, China’s market regulators issued draft rules aimed at tackling some of the monopolistic practices of its internet giants. The proposed regulations expand on criteria used to judge a company’s control of a market, and also put stiffer requirements on mergers and acquisitions that require antitrust approval.

Just a month after the draft was released, three the nation’s largest private firms, Alibaba, SF Express and Tencent, were fined 500,000 yuan ($76,500) over previous acquisitions for failing to seek antitrust approval. Those fines could go even higher under a draft amendment to China’s anti-monopoly law that would increase the upper limit of fines from a current 500,000 yuan to as much as 10% of a company’s sales in the previous year.

Last but certainly not least was the April exposure of former coffee highflyer Luckin, which confessed to faking hundreds of millions of dollars in sales after conducting its own internal investigation sparked by allegations from a short seller. The massive fraud cast an unwelcome spotlight on a loophole that U.S.-listed Chinese companies have used for years to escape closer scrutiny by the U.S. securities regulator. That loophole lets such companies deny the U.S. regulator access to their accounting records, due to claims that providing such records is illegal under Chinese law.

The U.S. countered this year by saying if Chinese companies can’t provide such records — a condition required of everyone else — then they may no longer be welcome on Wall Street. Negotiations are reportedly taking place for an agreement between Beijing and Washington to allow for the exchange of accounting records between the U.S. and China, though no deal has been reached.

On the whole, 2020 will go down as a year that saw attitudes toward China tech shift from tolerance to caution. That trend is likely to continue into the year ahead as both Beijing and foreign governments look to rope in this group of high-growth companies that pose differing kinds of threats, both at home and abroad.