Sweden Can Go Ahead With 5G Auction That Bans Huawei Gear, Court Rules 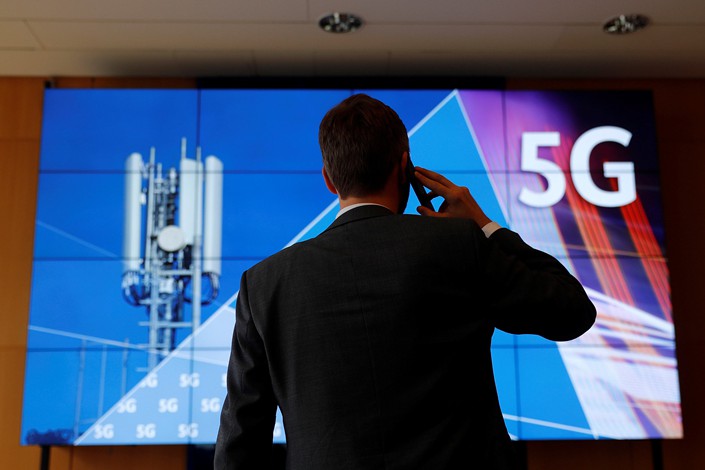 Sweden’s ban came after the U.K. government announced it would purge Huawei from its 5G mobile network by the end of 2027.

The decision, which Huawei can appeal, deals another blow to the Chinese company in its struggles to get its 5G gear into foreign networks in the face of a U.S.-led campaign against the company over its ties to the Chinese government.

“The interests forming the basis of the terms and the significance to the expansion of 5G are so compelling that they outweigh Huawei’s interests,” the court said in the ruling, clearing path for the national telecoms regulator to resume planning of the auction — which was originally set for Nov. 10.

Huawei has not yet decided whether to appeal the decision, Liu Yinhanxiao, a representative for Huawei in the region, told Caixin.

The regulator, the Swedish Post and Telecoms Agency (PTS), has not announced a date for the auction, but said in a statement Wednesday that it will not take place this year.

It is unclear how the appeals court ruling will affect Huawei’s chances of overturning the ban in time to get bidders to use its equipment for Sweden’s 5G network. Its case is still pending in an administrative court in Stockholm. On Dec. 8, Kenneth Fredriksen, Huawei’s executive vice president of Central East Europe and Nordic Region, told Caixin that the company expected the case to conclude in four to six weeks.

Huawei’s troubles in Sweden began in October, when the PTS informed all bidding telecom operators they would not be allowed to use Huawei or ZTE Corp.’s products in their bids due to concerns over national security. The regulator said its decision was based on an assessment from the Swedish Armed Forces and the Swedish Security Services ensuring that the use of foreign telecommunications equipment does not “cause harm to Sweden’s security.”

In response, Huawei filed for a temporary injunction with the administrative court to stop the ban from taking effect. “There is no factual evidence and lawful reasons to justify PTS’s decision,” the company said in a statement last month, adding that it was open to working with local telecom operators and the PTS to meet safety standards for 5G infrastructure.

The administrative court agreed, and last month decided to temporarily suspend the ban until it could rule on the matter. That decision forced the PTS to halt the 5G spectrum auction.

Sweden’s ban came after the U.K. government announced it would purge Huawei from its 5G mobile network by the end of 2027, echoing a U.S.-led campaign against the tech giant over its ties with the Beijing government.

Four Swedish companies — Hi3G Access AB, Net4Mobility, Telia Sverige AB and Teracom AB — had been approved to participate in the October auction for 3.5 GHz and 2.3 GHz bands, whose higher data transmission capacities are crucial for creating a 5G network.

Net4Mobility is a joint venture between Tele2 AB, Sweden’s second-largest telecom operator, and Norway’s state operator Telenor ASA, both of which have previously used Huawei’s equipment.’