By Wang Zili and Cora Zhu 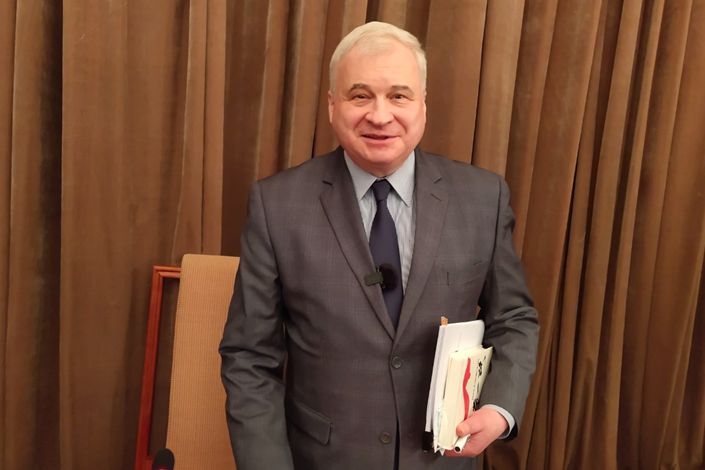 China and Russia don’t need to establish a military alliance because their existing cooperation is already enough to deal with external risks, the Russian ambassador said in Beijing this week.

His remarks reflect the closer relationship between the two countries in recent years as they both face deteriorating relations with the U.S.

They also expand on a response made in October by Russian President Vladimir Putin to a question about the possibility of a military alliance with China. “We have not set that goal for ourselves. But, in principle, we are not going to rule it out, either,” Putin was reported as saying.

Ambassador Denisov said Putin’s real meaning was that the two sides’ current cooperation had gone beyond the traditional alliance in many aspects. “Further moves could be made if needed. But our bilateral relationship has already been at a high level,” he said.

China and Russia have established more formal dialogues and consultation mechanisms related to security and defense, allowing them to “jointly assess external risks and dangers through discussions and negotiations,” Denisov said.

Denisov said the safety of Russia would also be of interest to China. The neighboring countries have cooperated on both regional and international issues, sharing similar stances on topics such as the Iran nuclear deal.

Another reason for the position could be the Chinese-Russian cooperation model which “does not target any third party,” according to their 2001 Treaty of Good-Neighborliness and Friendly Cooperation.

“China and Russia oppose a bloc mentality,” Denisov said. “The two countries are autonomous players on the international stage, maintaining a large level of autonomy, which is also in line with the logic of multilateralism that we have promoted.”

Citing Nato as an example, Denisov said that, despite all members holding equal positions, there was a dominant country, a situation leading to an unequal status which “goes against the logic behind the developing relations between Russia and China.”

Denisov said the electoral win of President-elect Joe Biden would have no impact on the current Sino-Russian relationship.

“China and Russia have formed a comprehensive strategic partnership of coordination for a new era and it won’t be affected by any external factors,” he said.

The two countries have maintained close contact amid the Covid-19 pandemic. President Xi Jinping has held five telephone conversations with his Russian counterpart, Denisov said. In the latest, on Monday, he said Xi called for a deepening of their cooperation in multiple areas in 2021.

Denisov also said the primary objective for the relationship in the coming year was to resume collaborative activities held back by the pandemic in the areas of trade, education and culture.