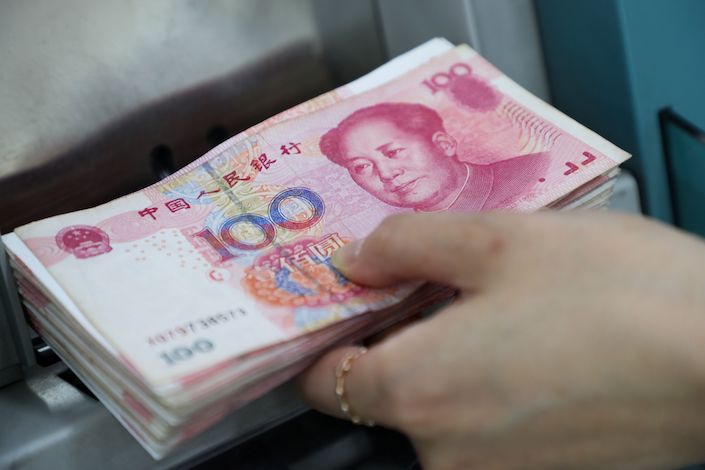 (Bloomberg) — China’s stocks and the yuan rose on the final trading day of 2020 on signs the economic recovery is on solid footing.

The benchmark CSI 300 Index advanced 1.9%, and the tech-heavy ChiNext added 2.3%, both ending at five-year highs, as the country gave the green light to its first coronavirus vaccine for general public use. The Chinese currency climbed as high as 6.5148 to the dollar, the strongest since June 2018.

Chinese assets have shown resilience in a year that included the outbreak of a virus pandemic and worsening Sino-U.S. ties on issues ranging from tech and trade to Hong Kong. Investors are now optimistic that the relationship will improve when Joe Biden becomes U.S. president Jan. 20.

China reported Thursday that an official gauge of the manufacturing industry moderated in December, signaling the economy’s rebound is stabilizing.

“Solid economic figures and earnings in the first quarter are pretty much a given,” said Wang Yugang, a fund manager at Beijing Axe Asset Management Co. “We are hopeful there are gains coming based on the fact that we are still in the midst of an economic up-cycle.”

Chinese markets have gotten a boost recently from liquidity injections by the central bank. The People’s Bank of China provided a net $84 billion in one-year funding and $20 billion of short-term cash to the financial system in the final five weeks of 2020. That funding reined in borrowing costs after a surge in credit defaults damped commercial lenders’ enthusiasm to extend loans.

The liquidity has also given a boost to investors in China’s sovereign bonds. The yield on benchmark 10-year notes is set to fall 13 basis points, or 0.13 of a percentage point, in December to 3.14%, ending a seven-month selloff that was the longest since 2007. In 2020, the FTSE Russell became the last of the three main index compilers to add Chinese government debt after Bloomberg Barclays and JPMorgan Chase & Co. Bloomberg Barclays is owned by Bloomberg News parent Bloomberg LP.

Sentiment also strengthened Thursday when the country’s regulators approved a Covid-19 vaccine developed by China National Biotec Group Co., a unit of Sinopharm. The vaccine will be made commercially available, meaning it can be administered to the general population. China will target people at higher risk in its inoculations, among them the elderly and those with preexisting conditions, and then roll vaccines out to the general public, Zeng Yixin, vice minister of the National Health Commission, said at a briefing.

China’s efforts to contain the spread of the virus put its economy on a path to be the only major economy to grow in 2020, with economists forecasting expansion of about 2%.

The CSI 300 measure climbed 27% this year and the ChiNext soared 65%, the most in five years. Those gains topped most of the world’s major stock benchmarks.

The yuan traded offshore is up 7% over the past 12 months, the most among Asian currencies tracked by Bloomberg.

The Shanghai Composite Index rose 14% this year to 3,473.07, the highest since February 2018. In the final trading session of the year, the gauge closed above 3,458, a level that Chinese investors had been watching since this summer because it was seen as capping gains.

The yield on 10-year government bonds is poised to end 2020 little changed. Last month the cost hit the highest since May 2019.