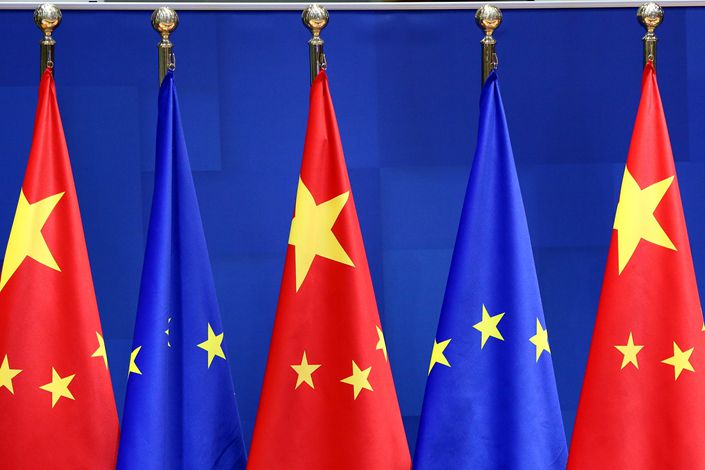 The China-EU investment agreement is an important victory for multilateralism.

The end of 2020 brought the exciting news that China and the European Union had finished negotiating an investment agreement on schedule. After a year in which the Covid-19 pandemic ravaged the global economy, the news was a ray of hope as we move into 2021.

The China-EU investment agreement has great and far-reaching significance for both China and Europe, as well as for the global economy. For the international community, it represents the progress of globalization in the face of adversity; for China, it marks a new starting point for institutional openness.

The balanced, high-level, mutually beneficial and win-win investment agreement is a hard-won achievement. China and the EU held some 35 rounds of negotiations over more than seven years. Negotiations stalled for a long time, but in the last year and a half, both sides made efforts to accelerate the talks and finally completed them as scheduled. This was an urgent requirement for the development of bilateral trade relations and the international outlook, and shows an astute reading of the situation by leaders of both sides.

Although China and the EU are major global economies, but the huge volume of trade between the two parties has long outshone limited mutual investment. We must attempt to tap this vast potential. China signed bilateral investment agreements with certain European countries in the 1980s and ‘90s, but they generally revolve around investment protections, not market opening. While the text of the China-EU investment agreement has not yet been published, both parties have indicated that its scope far exceeds traditional bilateral investment deals and covers four areas: market access, fair competition, sustainable development and dispute settlement.

For China, this agreement will not only help to introduce advanced European technology and management experience, but also help domestic countries to “go out” and expand their investments in Europe. In particular, it will reduce the risks of Chinese companies encountering national security reviews and other constraints when purchasing or merging with EU firms.

More importantly, the deal’s focus on institutional openness and high-level fair competition will provide a better business environment for bilateral investment and push China to further “promote reform through opening,” thereby helping us to build a high-level market economy.

In recent years, the Chinese government has vigorously promoted high-level opening focused on institutional opening. This means that the policy focus is shifting from the open flow of commodities and productive factors toward rules and institutions. In the course of studying and taking part in the formulation of rules and regulations, both enterprises and the state must promote openness through marketization and the rule of law.

China has already integrated and revised its so-called three foreign investment laws and fully implemented pre-establishment national treatment and a negative list management system. It has greatly lowered the barriers to market access and actively implemented high-level trade and investment liberalization and facilitation. This was an important domestic condition for progress in the China-EU negotiations.

We must recognize that China still has plenty of room for improvement in opening up to foreign investment. During the talks, the EU put forward a series of demands on China to reduce investment barriers, strengthen investment protections and enhance legal predictability for EU investors. Not all of these demands may make it into the final agreement, but other issues, like market access, environmental and labor standards, subsidies for state-owned enterprises, transparency, and a level playing field, are key to both these negotiations and those with China’s other major trade partners.

Some economic partners have complained about China’s so-called “non-market-oriented policies and practices.” However, unlike the Trump administration’s attempt to drive China out of the multilateral trade system, the EU embraces openness, stresses the importance of rules, and strives to improve and resolve trade frictions through multilateral mechanisms. As long as the door to negotiations is open, consensus can always be reached, a point proven by the two sides’ talks. Since the EU’s concerns resemble those of other major economies, the agreement sets a benchmark for similar negotiations between China and other trade partners.

China’s attitude is flexible and pragmatic. Responding to reporters’ questions about the negotiations with the EU, the Ministry of Commerce said: “We have also noticed that the inclusion of economic and trade-related environmental protection and labor issues has become an important feature of international economic and trade agreements in recent years.” This is a sensible attitude in line with global trends.

Some commentators have said — with a healthy dose of paranoia — that the demands on China only seek to contain us. Although China needs to safeguard its own security and development interests in independent negotiations with foreign partners, the best practices of international trade are constantly improving, and countries that fail to follow the trend will get left behind. China made the necessary concessions and eventually secured a smooth conclusion to its talks with the EU. This reflects our sincerity, determination and confidence in reform and opening up.

The completion of the negotiations is of great significance, but the key lies in implementation. During the negotiations, some on the EU side raised concerns that European investors in China will still face hidden obstacles after the deal comes into force, and worried about how to effectively establish conflict resolution mechanisms.

These fears may be overblown. However, both sides should make credible efforts to dispel doubts and truly achieve balanced, high-level, mutually beneficial and win-win opening. As far as China is concerned, it will be necessary in the future to promptly amend domestic laws, reform regulatory systems, adjust domestic policies and effectively improve the business environment to eliminate the worries of economic and trade partners.

The China-EU investment agreement is another important victory for multilateralism following the signing of the Regional Comprehensive Economic Partnership Agreement. After the current negotiations are completed, there will be a series of follow-up procedures, which may yield a few more twists and turns.

However, with the efforts of the leaders of both sides, the agreement will eventually promote two-way investment between China and Europe. In addition, China is actively considering joining the Comprehensive and Progressive Trans-Pacific Partnership (CPTPP). As winter turns to spring, China’s process of institutional opening remains unstoppable.