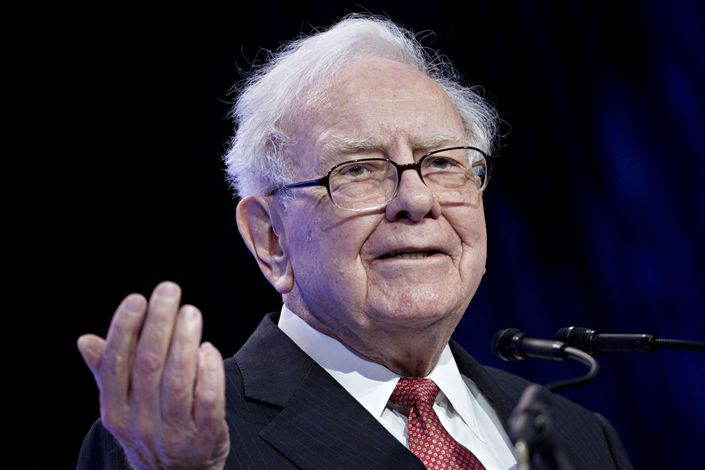 The chairman of Nongfu Spring Co., a bottled-water company that’s ubiquitous in China, is now richer than Warren Buffett as his fortune surged $13.5 billion to $91.7 billion since the start of the year, according to the Bloomberg Billionaires Index.

Zhong, 66, is now the sixth-wealthiest person on the planet. Nongfu shares jumped 18% in the first two trading days of 2021, taking the advance since their September listing to 200%.

It’s only the second time a Chinese national has broken into the world’s Top 10 — property tycoon Wang Jianlin hit No. 8 in 2015 — and no one from the mainland has ever ranked this high on Bloomberg’s wealth index since it launched in 2012.

Zhong dethroned India’s Mukesh Ambani as Asia’s wealthiest person last week and is close to entering the rarefied realm of individuals worth more than $100 billion. Buffett is outside that group with an $86.2 billion fortune, but the Berkshire Hathway Inc. founder has given away more than $37 billion of stock since 2006.

Investors are snapping up Chinese consumer shares as the country demonstrates it’s recovering from Covid-19, while analysts have grown increasingly bullish on Nongfu.

Zhong has also helped four relatives become billionaires. His younger sister, Zhong Xiaoxiao, and three of his wife’s siblings each hold a 1.4% stake in Nongfu worth $1.3 billion, based on the ownership listed in the company’s prospectus from last year. The firm has produced dozens of millionaires, including more of Zhong’s relatives and employees.

While Covid-19 upended much of the global economy in 2020, it was a good year for the world’s ultra-rich. The 500 wealthiest people added $1.8 trillion to their fortunes and were worth a combined $7.6 trillion by year-end. Zhong, the biggest winner from Asia, amassed more than $71 billion, the most after Tesla Inc.’s Elon Musk and Amazon.com Inc.’s Jeff Bezos.

One notable exception is Jack Ma, until recently Asia’s richest person. He’s not been seen in public since Chinese regulators torpedoed Ant Group Co.’s $35 million initial public offering. His net worth has dropped about $10 billion since October and he’s now the world’s 25th-richest person.