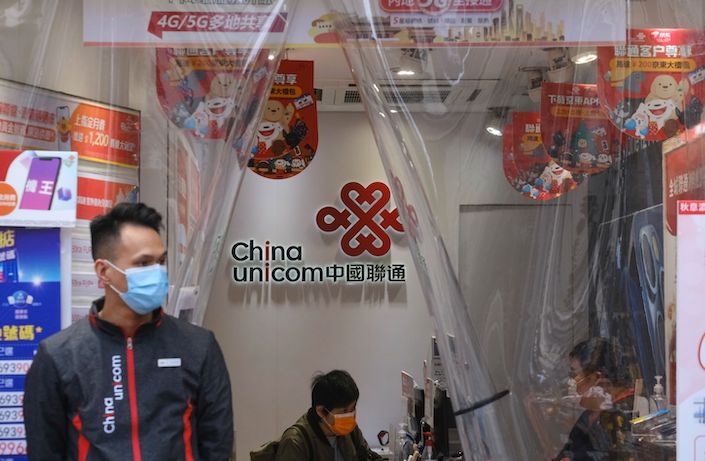 (Bloomberg) — The U.S. Treasury issued fresh instructions to markets to cut off U.S. investment in companies tied to China’s military, explicitly naming three telecommunications enterprises that exchanges and indexes must delist by the end of the year.

Even before the new guidelines were issued, the New York Stock Exchange said Wednesday morning it would proceed with a plan to delist the companies, its second about-face this week.

“OFAC has published and will continue to update a list on its website to aid in the implementation,” it said in the statement.

The Treasury guidance is meant to address confusion created by the NYSE’s moves, according to a person familiar with the matter. The agency’s directions stem from President Donald Trump’s November executive order requiring investors to pull out of Chinese businesses deemed a threat to U.S. national security.

The developments whipsawed markets. The three companies lost more than $30 billion in market value in the final weeks of 2020 as investors pulled back following Trump’s order.

They shed as much as $12 billion more as their American depositary receipts tumbled Monday on the NYSE’s decision to delist them. Prices climbed Tuesday after the NYSE canceled the delisting, and then they softened anew after a Bloomberg News report that the exchange may proceed after all.

The stocks cannot be purchased beginning Jan. 11 and must be fully divested by November when related transactions will be frozen, according to the guidance.

U.S. Treasury Secretary Steven Mnuchin disagreed with the Big Board’s surprise decision Monday to give the companies a reprieve in telephone calls early Tuesday to NYSE Group Inc. President Stacey Cunningham, according to people familiar with the matter. The NYSE then reassessed its decision.

The latest Treasury announcement is intended to make clear that there has been no change in policy: U.S. investors must unload stakes in Chinese businesses tied to China’s military by next November, the person said on condition of anonymity.

“Transactions in the securities of any Communist Chinese military company subsidiary (whether expressly listed or not) are prohibited if the subsidiary’s name exactly or closely matches the name of these or any other entities identified,” OFAC said.

The order signed by Trump is scheduled to take effect Jan. 11— nine days before he leaves office. An official working on Joe Biden’s transition declined to comment on whether the president-elect would reverse it.