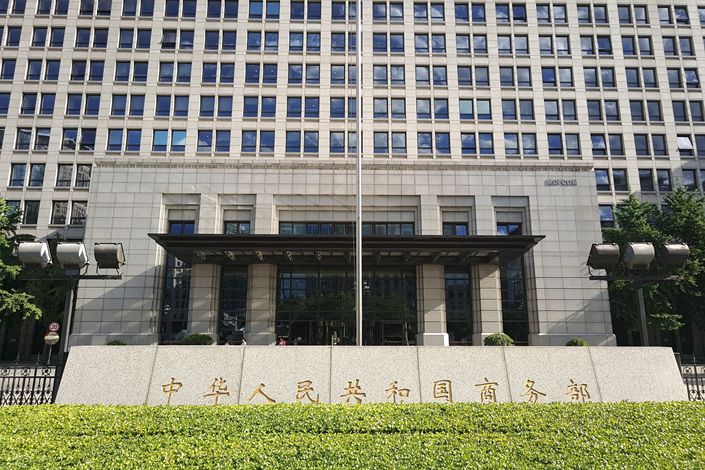 China issued new rules to block its companies and citizens from having to follow “unjustified” foreign laws and measures, in its latest riposte to U.S. restrictions on businesses like ByteDance Ltd.’s TikTok.

The rules on “counteracting unjustified extraterritorial application” of foreign legislation and other measures are effective immediately and allow authorities to ban the imposition of other jurisdictions’ laws on Chinese entities when it deems them inappropriate, the Ministry of Commerce said in a statement on its website on Saturday. China’s move aims to protect “normal trade” and other activities, it said.

The new order will be enforceable in China but it will be difficult to use for activities outside of the country, Nicholas Turner, a lawyer at Steptoe & Johnson LLP in Hong Kong who specializes in economic sanctions, said Saturday.

“It remains to be seen whether activities outside of China will be caught or whether China will be effective at discouraging companies from complying with U.S. sanctions in the region or elsewhere,” Turner said.

Trump earlier this month banned transactions with Chinese apps like Ant Group Co.’s Alipay and Tencent Holdings Ltd.’s digital wallets, adding to a prior push to force the sale of TikTok by ByteDance. The New York Stock Exchange has also become involved, heeding calls from the Trump administration to delist certain Chinese companies traded on its bourse.

Beijing also repeatedly pressured Canada to release Meng Wanzhou, daughter of Huawei Technologies Co.’s billionaire founder Ren Zhengfei, after she was detained by Canadian authorities over a year ago under the request of the U.S. government.

Many companies will continue to “err on the side of complying with U.S. law because of Washington’s history of aggressive enforcement,” Turner said. The China order “does not alter U.S. companies’ obligations to comply with sanctions or other laws. Companies with significant business interests in China may need to tread carefully.”

The growing list of improper use of foreign laws overseas has “continuously disrupted the rules-based multilateral trade system and caused negative impact on the global economic recovery,” the commerce ministry said in a separate statement, citing Han Liyu, a law professor at the Renmin University of China.

A new working mechanism involving the commerce ministry and the top planning agency will oversee the assessment of such cases, and decisions will be based on considerations like whether international law has been violated and the potential impact on China’s sovereignty and the “legitimate rights” of Chinese entities, according to the statement.

Companies and citizens can sue in Chinese courts for compensation of losses incurred from foreign rulings deemed as unjustified under the new rules, the ministry said.

China isn’t unique in using such measures, as similar legislation has been in place in the European Union and countries like Canada and Mexico, Han said.

“The fact that China hasn’t had a clear mechanism until now to block the effect of foreign sanctions is itself notable,” Turner said. “The EU blocking statute has been in place since 1996. Russia and other countries have similar measures.”