By He Shujing and Tang Ziyi 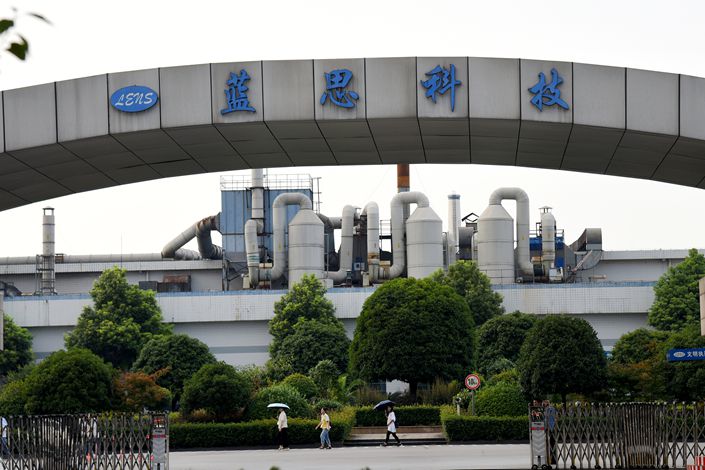 Lens Technology Co. Ltd., a parts supplier for Apple Inc., has raised 15 billion yuan ($2.3 billion) in a private placement to raise production capacity ahead of an expected rebound in the global smartphone market this year.

The shares were sold at 25.4 yuan apiece, about 30% lower than their closing price on Thursday, according to the filing.

Lens said it will use the proceeds to upgrade its production line, supplement liquidity and expand production capacity. The company plans to set up three production sites in the next two years with the respective capacity to make 9 million sets of wearable device components, 37 million sets of automotive glass and large-size panels, and 120 million electronic device touchscreens, according to an earlier filing (link in Chinese) in October.

Based in Central China’s Hunan province, Lens is one of the leading suppliers of the glass used in smartphone and laptop screens. Its clients include Apple, Samsung Electronics Co. Ltd. and Huawei Technologies Co. Ltd.

From 2012 to 2014, orders from Apple respectively made up 61%, 48% and 57% of Lens’ total annual sales. In recent years, the company has expanded into wearable devices and automotive materials.

In the first nine months of 2020, Lens’s net profits more than tripled to 3.4 billion yuan from the same period the previous year, partly thanks to rising orders from Apple. The Chinese company’s revenue rose 26.6% to 26.1 billion yuan during the first three quarters last year.

Global smartphone production is expected to increase 9% year-on-year to 138 million units in 2021, compared with a 11% decline last year, according to industry tracking firm TrendForce.

Upon completion of the private placement, Changsha Lingxin Industry Investment Partnership, an investment firm based in the capital of Hunan, became Lens’ third-largest shareholder with a 3.95% stake. CICC holds a 1.05% stake and GIC holds a 1.04% stake.