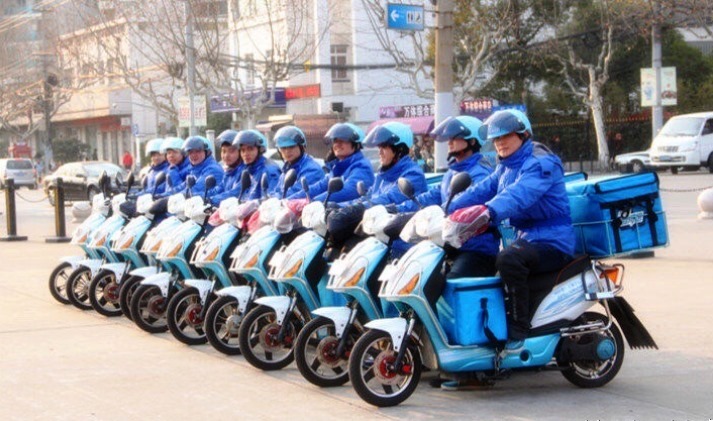 A shocking case of a man who set himself on fire to protest withheld pay is shining an uneasy spotlight on China’s cutthroat takeout dining sector.

Details are coming from several sources, including social media posts that appear to come from a local government source and from a person seeking to raise funds for the victim’s medical treatment. Collectively, they paint a picture of a man who resorted to his drastic action after finding little recourse when his employer failed to pay him for what he called his “blood and sweat.”

The man worked for Fengniao, a subsidiary of Ele.me, which is itself owned by e-commerce giant Alibaba. He resorted to his action on Monday outside a shop in the eastern city of Taizhou after his employer reportedly failed to pay him for some of his past work. The employer was withholding pay from numerous workers, a local government website said, in a bid to entice them to stay in the face of a seasonal labor shortage.

The man initially refused to go to the hospital after people put out the flames, saying he wanted to resolve his dispute first. A post by a woman saying she was his daughter later appeared online, saying he had suffered burns to 80% of his body, including second- and third-degree burns and burns to his airways. The attached plea had raised 500,000 yuan ($77,343) in its first day for the man’s treatment.

An Ele.me representative didn’t deny that the incident occurred, but had no further comment.

The case shines a spotlight on the legions of anonymous migrants who often work under difficult conditions in China’s low-end service sector performing functions like food and parcel delivery, as well as working as staff in restaurants and shops. Such employees often work long hours, frequently without overtime pay, and have little recourse when disagreements occur with their employers.