By Wang Mengyao and Lu Zhenhua 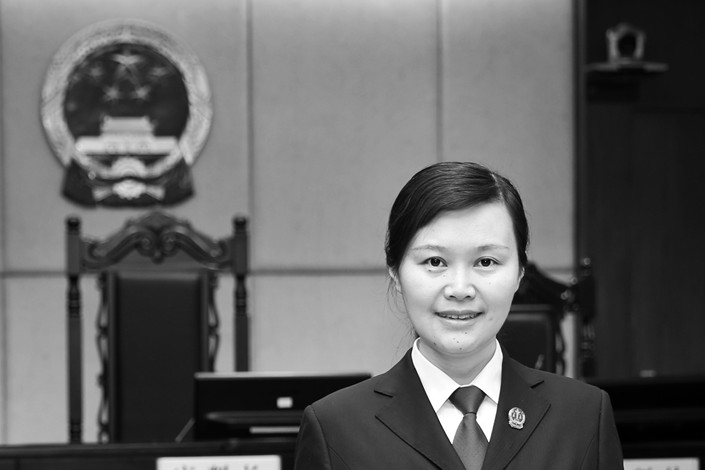 Police have taken a suspect into custody in the case of a Hunan People’s High Court judge who was stabbed to death, according to a statement released Tuesday.

The 45-year-old judge was the second to be killed in a legal dispute over the last two months in China. In mid-November, a 56-year-old judge at a local court in the northeastern city of Harbin was murdered by a defendant who disagreed with the verdict in his divorce case.

Zhou Chunmei, a civil case judge for Hunan province’s high court, was stabbed Tuesday morning in an underground parking lot of a residential complex, local police said in a statement.

Police found her dead when they arrived at the scene. A 44-year-old suspect, surnamed Xiang, was identified and taken into custody, the statement said.

An initial police investigation found that the victim and the suspect were from the same village. Xiang had asked Zhou’s help with a lawsuit she filed to the high court, but Zhou declined, the police said, without offering more details.

In the statement, police said accused the suspect of “committing murder due to resentment.”

However, Zhou was not among the judges who presided over Xiang’s lawsuit at the high court, according to a verdict seen by Caixin.

The company had terminated Xiang’s labor contract after she assaulted a company manager over a disagreement related to her work duties, according to a court document

The Changsha Intermediate People’s Court had earlier ruled in the company’s favor. Xiang appealed her case to the province’s high court, but it upheld the lower court’s decision in a ruling in September.

There has been speculation that Xiang was seeking Zhou’s support for her appeal request before the judge was killed. Xiang said that she was the only member of her family with a job and it was difficult for her to find a new one, Caixin has learned.