TCL Denies It's Pulling Out of U.S., Blames Shortages on Red Hot Demand

By Anniek Bao and Zhai Shaohui 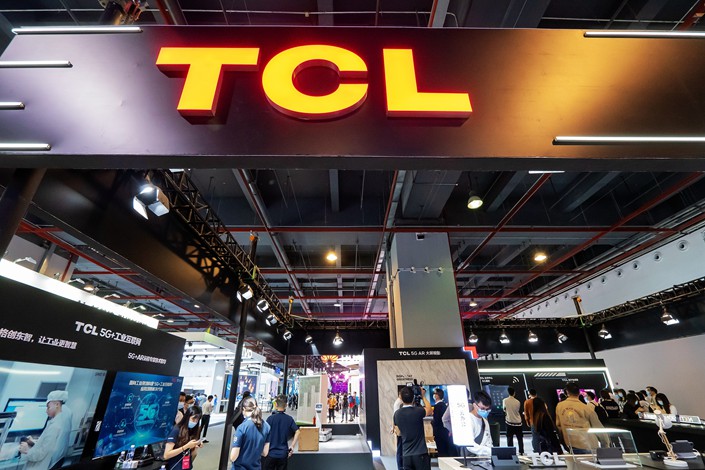 As the pandemic cripples manufacturing activities worldwide, some analysts have suggested the TV-maker is running low on panel supplies, which has delayed regular shipments.

Chinese TV-maker TCL Electronics Holdings denied a report that it has withdrawn from the North American market and claimed the absence of its products on store shelves was due to red hot demand, leading it to entreat suppliers to ensure production and shipments of components.

TCL, the world’s third-largest TV supplier by shipments, said in a statement issued on Tuesday “it has no plans to withdraw from North American markets or other markets,” claiming that stronger-than-expected demand in the U.S. had led to some offline retailers temporarily running out of stock.

The statement came after South Korean media outlet Money Today reported last week that TCL-branded TVs had been removed from shelves in major U.S. stores, which was expected to benefit its South Korean rivals Samsung Electronics and LG Electronics Inc. TCL said this was “factually wrong and untrue.”

The TV-maker’s sales in the U.S. surged by nearly 25% in the first three quarters last year, making it the nation’s second most popular TV brand, the company said in the statement. The market has been the biggest driver of its sales growth despite the strained relations between China and the U.S., boosting its global sales to 7.24 million sets in the third quarter last year, a rise of 49.7% year-on-year, according to consulting firm Sigmaintell. Its global market share jumped to 11.3% from 8.6% same period the year before.

As the pandemic cripples manufacturing activities worldwide, some analysts have suggested the TV-maker is running low on panel supplies, which has delayed regular shipments. TCL spokesperson Joanne Cai told Caixin that the company is in talks with component-makers, including its sister company TCL China Star Optoelectronics Technology Co. Ltd., to shore up supplies.

“We have remained in close communication with upstream panel manufacturers such as TCL China Star, and we always plan to ensure production and shipments are carried out in an orderly manner,” said Cai.

The panel-making unit reported a net profit of 700 million yuan ($104 million) in the third quarter of 2020, representing a year-on-year increase of 151.6%. It attributed the profit growth to stable price hikes for panels of all sizes.

In the overseas market alone, the state-owned electronics company delivered 5.52 million TV sets in the third quarter, a rise of 81.3%, and 12.83 million TVs in the first three quarters, increasing 26.8% year-on-year. The accelerated sales growth has pushed its revenue in the third quarter to HK$8.48 billion ($1.09 billion), which represents growth of 71.5%.