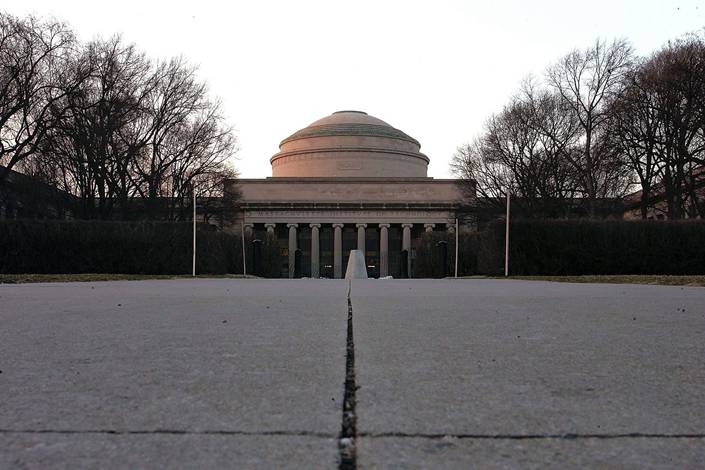 The Maclaurin Building on the campus of the Massachusetts Institute of Technology in Cambridge, Massachusetts. Photo: Bloomberg

(Bloomberg) — An MIT professor and nanotechnology expert was charged with failing to disclose to the U.S. Department of Energy millions of dollars in funding he allegedly received from China, the latest in a slew of similar cases.

Gang Chen, 56, a naturalized U.S. citizen from China, didn’t disclose that he had entered into at least four contracts since 2012 “with various entities within or closely affiliated with” the Chinese government, including the National Natural Science Foundation of China and Zhongguancun Development Group, according to federal prosecutors in Boston.

Since 2013, Chen has received $29 million in foreign funding, including $19 million from China’s Southern University of Science and Technology, the U.S. government says.

In a court appearance by video conference Thursday, a federal judge in Boston said he anticipated requiring Chen to post a secured bond “in the neighborhood” of $1 million.

The case follows a “China Initiative” launched by the Justice Department in 2018 to investigate and prosecute cases of economic espionage intended to benefit China. The program has resulted in dozens of prosecutions for hacking and for data and trade secret theft.

Federal prosecutors filed a series of such cases across the country in 2020, an election year in which President Donald Trump blamed China for the coronavirus pandemic, waged a trade war and accused Chinese technology companies of spying on Americans. The effort has extended into 2021. On Wednesday, a senior NASA scientist admitted to lying about his participation in a program the U.S. says is designed to siphon intellectual property to China.

“To put this threat into perspective, we have now reached the point where the FBI is opening a new China-related counterintelligence case about every 10 hours,” Joseph Bonavolonta, the Federal Bureau of Investigation’s special agent in charge, said at a press conference on Thursday. “And of the 5,000 active counterintelligence cases the FBI has, nearly half of them are related to China.”

He was quick to add that “we are not suggesting that all, or even most, Chinese students, professors and researchers are somehow up to no good.”

Robert Fisher, a lawyer for Chen, didn’t respond to an email seeking comment on the charges.

MIT wasn’t accused of any wrongdoing. A spokeswoman said in a statement that the university “was deeply distressed by the arrest” of Chen.

“MIT believes the integrity of research is a fundamental responsibility,” Kimberly Allen said in an email, “and we take seriously concerns about improper influence in U.S. research. Prof. Chen is a long-serving and highly respected member of the research community.”

L. Rafael Reif, MIT’s president, said in an open letter to members of the MIT community that for those who’ve known Chen during his nearly 20 years at the school, “this news is surprising, deeply distressing and hard to understand.”

Chinese Foreign Ministry spokesman Zhao Lijian on Friday urged the U.S. to stop “political manipulation” in response to a question about Chen’s case.

“People to people exchanges must be based on abiding by laws, respecting science and integrity and professional ethics,” Zhao said. “China’s policies and measures are in line with the common practices adopted by other countries.”

Chen is the director of the Massachusetts Institute of Technology’s Pappalardo Micro and Nano Engineering Laboratories and the Solid-State Solar Thermal Energy Conversion Center, prosecutors said in a statement. Since 2013, his MIT research has been funded by more than $19 million in U.S. grants.

But Chen has also held various appointments with China designed to promote its technological and scientific development, the U.S. says. He has provided expertise, sometimes directly to Chinese government officials and often in exchange for financial compensation, according to an affidavit by an FBI agent involved in the case.

At Chen’s initial court appearance, Magistrate Judge Donald Cabell set conditions for Chen’s release. He restricted travel for Chen and his wife to Massachusetts and confirmed that the couple’s passports were seized by the government during its searches. Cabell said he hopes to complete terms of the bond in the next few days.

Lawyers for the government had suggested Chen be ordered to wear a monitoring device.

“I do not find that Mr. Chen poses a risk of flight,” Cabell said.

“Thank you, Your Honor,” Chen replied.

Chen has two children, including one who attends MIT, Fisher told the court.

Chen’s field of research, nanotechnology, was identified in China’s 13th Five-Year Plan as “a particular area of interest” to the government, according to the affidavit. His nanoengineering group at MIT focuses on “nanoscale transport and energy conversion phenomena,” which has applications in energy storage, conversion and utilization.

FBI agents arrested Chen on Thursday morning at his home in Cambridge and immediately executed three search warrants, Bonavolonta said, one at Chen’s home and two at MIT.

Chen faces charges of wire fraud, making a false statement in a tax return and failing to disclose a foreign bank account.