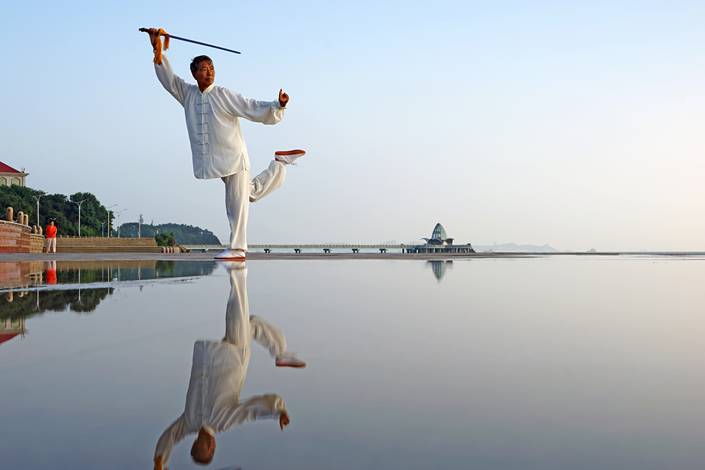 China has made important progress in transferring some state-owned assets to buttress the social security fund. Recently, the Ministry of Finance said some transfers at the central level have been completed, moving a total of 1.68 trillion yuan ($259.1 billion) from 93 centrally administered state-owned enterprises, including financial institutions, to the social security network.

The transfers are a major measure to enhance the sustainability of China’s pension system. The proportion of such funds within the social security system is still low and insufficient to plug the historical and practical gap in basic pensions. In order to meet the severe future challenges of China’s aging population, we must urgently improve the transfers and promote other social security reforms as soon as possible.

Population aging and elderly care are global problems, but China’s situation is more complex. China has long implemented a family planning policy. Rapid economic and social development — in particular, improved health care outcomes — have significantly raised life expectancy and accelerated population aging. It has also gone hand in hand with the phenomenon of “getting old before getting rich.”

During a transition period for businesses, employees were automatically entitled to a pension years before they begun to pay their share. As in the past, employee wages were extremely low and pensions were therefore small. Although this was reasonable, it added to the gap in basic pensions. During the Covid-19 epidemic, China introduced phased reductions or exemptions to social security payments. The national budget for social insurance will fall significantly in 2020, which may produce the first annual shortfall since 1999. This severe situation again highlights the underpinning role of state-owned asset transfers.

The transfers are the product of a lot of hard work. The government put it on the agenda after years of deliberation, but progress was initially slow and only picked up in the past two years.

As things stand, China has declared that the central transfers are complete, but only a few provinces have announced the status of their work. The lack of progress is worrying. All localities should overcome their difficulties, complete tasks on time and disclose their progress.

We should note that the main aim of the transfers so far has been to make up for the historical gap formed during the transition period between old and new pension system. Since state-owned assets are owned by the people, at least in theory, they should make greater contributions to plug the pension gap.

The implementation plan for the transfers clarifies that the government will conduct further research in the future if extra transfers are needed to fulfill basic pension reforms and sustainable development demands. An authoritative writer said the 10% ratio “definitely cannot solve the problem.” Other experts also suggested that China could supplement other forms of social insurance support in addition to increasing the ratio, for instance by directly transferring some of the profits from competitive state-owned enterprises (SOE) with better profitability to the pension fund. Such suggestions are worthy of consideration.

The prerequisite for further transfers is to find out the extent of China’s pension reserves as soon as possible. A key report issued by the Chinese Academy of Social Sciences predicts that the country’s pension pot will fall into deficit by 2028 and run out by 2035 under the business-as-usual scenario where corporate entities contribute 16% of the total. A separate report released by the China Insurance Industry Association predicts that China will have a pension gap of between 8 trillion and 10 trillion yuan over the next five to 10 years — a gap that will further expand over time. Other data show that China’s pension gap is set to be huge.

Some officials have taken to quoting the scale of pension funds accumulated so far to soothe people’s concerns. Obviously, the kind of remark misses the point. Looking at the world, China’s pension reserves are also relatively low, and huge state-owned assets can be used as strategic support.

We should coordinate the transfers with SOE reform, in particular the reform of mixed ownership. Some researchers recognize the important role of state-owned assets in the pension system but feel that these assets are “unmovable.” In fact, the two are not contradictory, but mutually reinforcing. Only by making reforms that improve and strengthen SOEs and continuously expand the collective “pie,” can we make more such transfers in the future.

Pension issues are complex and the basic pension gap is only one of them. The fundamental issue is the transformation of pension models. More and more countries are shifting from the pay-as-you-go system (the “defined benefit” or DB type) to the pre-funded accumulation of contributions (the “defined contribution” or DC type). This not only determines the sustainability of the pension system, but also affects social productivity.

In China, some officials still believe that there is no need to make a similarly wholesale transformation of the pension system. However, everyone agrees on the need to better integrate social pooling and personal accounts. China’s recently adopted long-term policy goals for 2035 include “a sustainable multi-level system of social security guarantees that provide coverage for all, integrate planning for both urban and rural areas, and is fair and unified” as part of “a national strategy to actively respond to an aging population.”

There is much China can still do over the next five years, such as nationally coordinating basic pension insurance, improving the multi-level and multi-pillar pension insurance system, gradually delaying retirement, optimizing childbirth policies and expanding the investment of pensions in both the domestic and foreign capital markets.

Elderly care is not just about the wellbeing of hundreds of millions of people, but also about social stability. China should continue to promote the transfer of some state-owned assets to enrich its social security funds, and accelerate the establishment of a fairer and more sustainable pension insurance system. Population aging is an irreversible long-term trend, so we must get social security reform done as soon as possible. The longer the delay, the greater the cost.