Trending in China: Surrogacy Scandal Sinks Actress’s Prada Deal in Under a Week 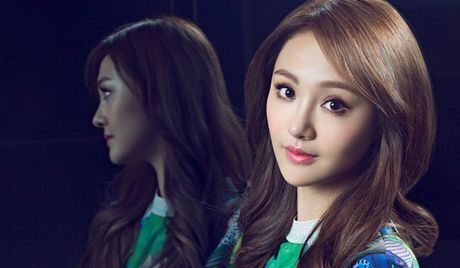 Prada brand ambassador and popular actress Zheng Shuang was embroiled in a scandal on Monday, as word reached Weibo that she had two children by surrogates in the U.S., abandoning them before they born when her relationship broke down.

The story attracted billions of views on Weibo as social media users examined pictures that appeared to be of the children’s birth certificates. The trending story also delved into the actress’s relationship with her ex-husband who appeared to take responsibility for the children while the actress sued him over a loan dispute in Shanghai. The breaking scandal was further complicated by the fact that only last week Zheng had signed a new contract with Prada for a Lunar New Year campaign.

A recording of an audio tape circulated online of Zheng’s former husband discussing with his parents what to do with the soon-to-be-born boy and girl. Revelations from Zheng’s private life saw Prada’s stock price drop 5% before rebounding, as Chinese social media debated the legal and ethical implications of having children by surrogates overseas.

Surrogacy is not permitted in China, despite an injunction having not been written into law. India and Thailand banned the practice in 2015 which effectively left certain states in the U.S. an option for Chinese people willing to pay another individual to carry their child.

Zheng Shuang responded to the revelations with a Weibo post in which she said, “This is a very sad and private matter for me which I did not want revealed in public…I have not violated the rules in China, and have respected the law abroad.”

Many people mocked the actress for the tone of her apology, paraphrased as “I have not broken the law in the US, or in China. But these revelations have infringed on my privacy, so I’m the victim.” Considerable support was given to the belief that she should leave entertainment, as her actions were viewed with widespread disapproval. “Such disregard for human life!” was one popular comment. Others addressed her business interests. “I suspect hype. Prada’s share price is already back up again, so influencers are not that influential after all.” Others wondered if anyone outside China was watching, as countless Chinese internet users remained glued to their devices.