Laos’ New Leader In Balancing Act Between China And Vietnam 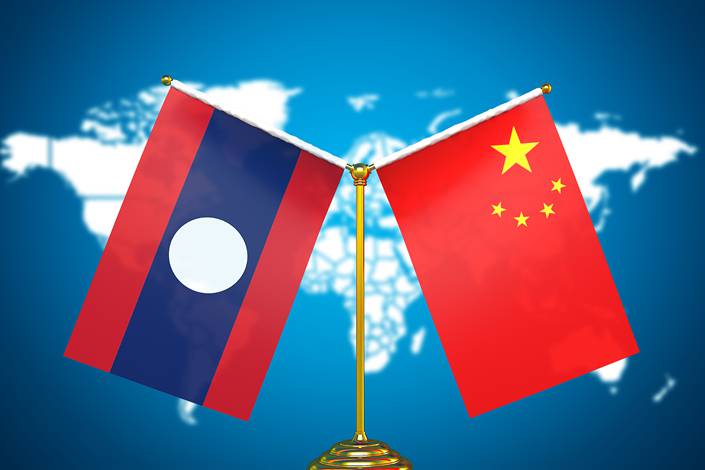 Nikkei Asia — As he steps into his role as the supremo of Laos’ communist party, Prime Minister Thongloun Sisoulith faces a diplomatic brief with a twist: continuing to appear loyal to older ally Vietnam even as the economy of his impoverished, debt-ridden country is being underwritten by China, the increasingly assertive giant to its north.

It is a delicate balancing act in Southeast Asia’s communist-ruled backyard that Thongloun already had has a foretaste, say veteran political observers of Laos. After all, it was during his five-year term as the premier of the one-party state that China eclipsed Vietnam as landlocked Laos’ leading lender, investor and builder. China also betters Vietnam as Laos’ bilateral trading partner, coming second after Thailand.

The 75-year-old Thongloun’s work has been cut out for him following his elevation last week as the secretary-general of the ruling Lao People’s Revolutionary Party at its three-day, quinquennial national party congress in Vientiane, the capital. The Russian-speaking and Soviet Union-educated Thongloun’s promotion to the most powerful political post in the LPRP paves the way for his appointment as the country’s next president this year.

Thongloun, who served as foreign minister before beginning his one term as premier in 2016, succeeds the aging President Bounnhang Vorachit. The 83-year-old Bounnhang’s term as the party supremo marked the last of the so-called generation of revolutionaries, who have dominated politics in the landlocked Southeast Asian country since 1975.

Bounnhang’s generation fought alongside communist allies in Vietnam during the U.S. war in Indochina, laying the foundation for strong fraternal ties between the postwar neighbors. Ever since, Laotian citizens have known only one political party that has ruled their lives with an oppressive grip to achieve its stated goal: building a utopia for the proletariat.

It still remains a tall order for the sparsely populated mountainous country of 7.2 million people. Laos, which has a per capita income of $2,500, is still ranked as one of the world’s 47 Least Developed Countries, a U.N. ranking of countries at the bottom of the development scale.

Not surprisingly, the storied ties between the two neighbors assured the larger and stronger Vietnam a dominant role. It saw apparatchiks of the LPRP spending time in Vietnam to learn Marxist ideology and socialist theory en route to rising through the ranks of the party.

Bounnhang is a veteran of Vietnamese training, as is Thongloun. Others in the LPRP’s current pecking order have also been groomed in Hanoi: Pany Yathotou, chairwoman of the Lao National Assembly, Deputy Prime Minister Bounthong Chitmany, and Vice President Phankham Viphavanh. “These are the new generation of leaders, and they are all graduates of the political theoretical college in Vietnam,” a Laotian political observer told Nikkei Asia. “Training in political theory in Vietnam is a must to become a national leader.”

Norihiko Yamada, a Japanese academic who has had stints as a visiting scholar in Laotian government ministries, affirms that the ideological ties have deep roots. “Historically, Laos has had deepening political ties with Vietnam, and it is no exaggeration to say that the founding of Laos is attributed to Vietnam,” Yamada, a scholar specializing in Laos at the Institute of Developing Economies at the Japan External Trade Organization, told Nikkei Asia. “An important element of the close relationship between the two countries [is] that high-ranking Lao officials study and receive training in Vietnam. That has not changed.”

But China’s economic juggernaut that is barreling through Laos has upended Vietnam’s monopoly. In 2013, Vietnam was still the largest investor in Laos, having poured $4.9 billion to finance over 420 projects since 1989, followed by Thailand, which had invested $4 billion by then, and China, with $3.9 billion. By 2020, China had turned tables to be in the pole position, pumping in over $12 billion to support 785 projects, spanning special economic zones to mega-infrastructure projects.

China had done likewise on two other economic fronts to overshadow Vietnam. By 2020, China was the largest lender to Laos’ $20 billion economy, accounting for $5.9 billion of the country’s estimated $12.6 billion foreign debt. By 2019, just before the Covid-19 pandemic, China was ranked Laos’ second-largest trading partner after Thailand, with bilateral trade valued at $3.5 billion, according to official reports.

Consequently, Chinese cash has emboldened Laos’ communist rulers to cold shoulder Western government-backed development agencies who had made inroads into Laos before the Chinese tilted the scales. “Even though donor assistance has risen considerably over the past decade, its impact or influence in relation to that of China has greatly diminished,” said a veteran analyst of development assistance in Laos. These donors “are increasingly turning a blind eye [to human rights abuses and corruption] to maintain a seat at the table.”

These changing economic tides in Laos have not been lost on the Vietnamese. “Vietnam does not feel comfortable watching Laos evolve its deep relationship with China,” said Yamada, but reckons that Laotian leaders are “skillfully balancing [ties] between Vietnam and China, and [they have] not failed to save face for Vietnam.”

It is a sentiment that Supalak Ganjanakhundee, a Bangkok-based Southeast Asia analyst and Laos watcher, has detected about the LPRP politburo members faced with the tug of China over Vietnam.

“Many Laotian leaders and officials I have talked to over the past years have hinted that they look to China as their role model for development, although they were trained and educated in Vietnam,” he said. “What Laos tries to do is not to upset Vietnam.”