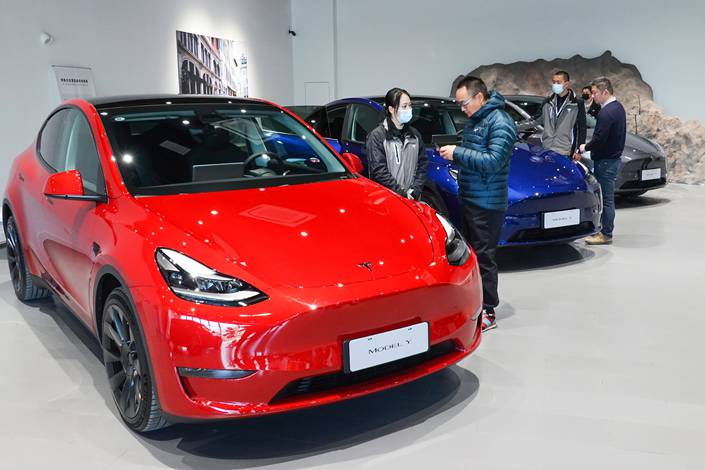 Instead, Tesla is saying the recently announced prices were specially set for the Chinese market, where the U.S. automaker is localizing its manufacturing in order to reduce costs, a company representative told the Beijing News.

The locally-assembled Model Y is now available in two versions: a long-range version and a performance one, costing 339,900 yuan ($52,600) and 369,900 yuan respectively, according to Tesla’s China website. Those prices are roughly 150,000 yuan lower than estimated prices announced in August last year, when Tesla began accepting pre-orders for Model Y SUVs from China consumers.

The sharply lower final prices sparked talk that the company was cutting its prices for the Model Y SUVs built in China, which domestic media interpreted as a pricing strategy aimed at hitting back against domestic players including Nio, Xpeng and Li Auto.

In an interview with Beijing News, the company representative explained that August’s estimated prices were based on the prices for imported Model Y SUVs. But as is often the case for higher-end luxury cars, domestically made models are often significantly less expensive than imported versions.

On Monday, Tesla started delivering its first Shanghai-assembled Model Y SUVs in China, a year after it began the deliveries of its Model 3 in the country, its first locally-built car model. The company has said that it would use more China-made components for its cars assembled at its Shanghai plant.

Related: In Depth: Tesla Powers On as Rival Electric-Vehicle Makers Scramble to Compete in China