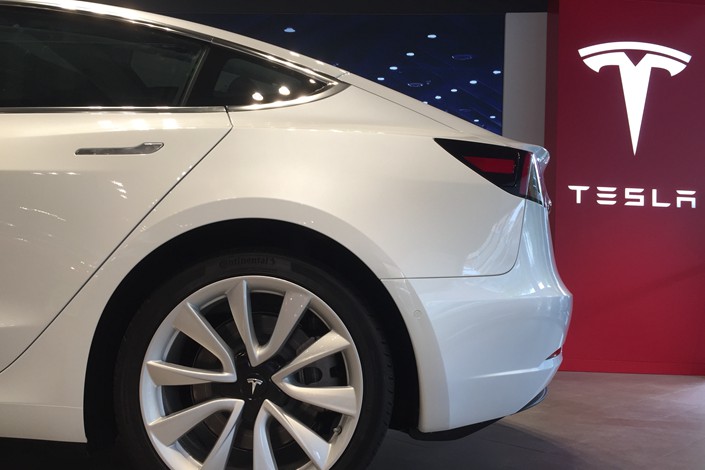 The Model Y is the second locally-produced model Tesla has sold in China after the Model 3 sedan, which the company started delivering locally a year ago. In 2020, the domestically-built Model 3 was China’s most popular electric vehicle with 137,459 cars sold in the country, according to the China Passenger Car Association.

Earlier this month, Tesla cut its prices for the long-range and performance versions of the China-made Model Y by nearly 150,000 yuan ($23,100) and 160,000 yuan respectively, a pricing strategy that many analysts interpreted as a way to hit back against Chinese rivals including Nio, Xpeng and Li Auto, which all reported strong gains in deliveries in the past several months.

Palo Alto, California-based Tesla sees the Chinese market as a major sales driver as the country’s Ministry of Industry and Information Technology has raised sales targets for new energy vehicles, including pure electric, fuel cell and plug-in hybrid cars, to a quarter of all auto sales by 2025 from a previously planned 20%.

Related: In Depth: Tesla Powers On as Rival Electric-Vehicle Makers Scramble to Compete in China