By Liu Caiping and Luo Meihan 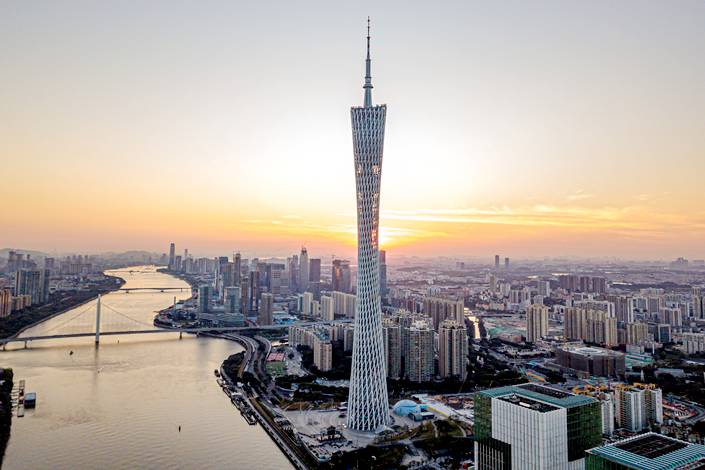 The Guangzhou Futures Exchange, based in the southern megacity, will be the first bourse in the country to be run as a company with some private shareholders.

China’s top securities regulator gave the green light on Friday to the establishment of the Guangzhou Futures Exchange, the country’s first new futures exchange in 14 years, after setting up a group (link in Chinese) in October to lay the groundwork.

The bourse based in the southern megacity will be the first in the country to be run as a company with some private shareholders, sources knowledgeable of the matter told Caixin.

The exchange, which will trade in carbon futures and other financial instruments related to green development, will still be ultimately controlled by the state, the sources said. It has yet to be determined how much of a stake private investors will be allowed in the exchange, even after several months of discussion, they said.

The Guangzhou Futures Exchange will play a significant role in improving China’s capital market and boost environmentally friendly development in an innovative, market-oriented and international manner, according to a statement (link in Chinese) released Friday by the China Securities Regulatory Commission (CSRC).

In Depth: China Wants Its Next Futures Exchange to Run a Lot More Like a Company

Heretofore, the Chinese mainland had two stock exchanges and four futures exchanges, all of which run on a nonprofit basis under the CSRC’s supervision. Five of the exchanges operate under a so-called membership system, in which they charge fees to members, while the China Financial Futures Exchange (CFFEX) was incorporated as a company and is funded by the five other exchanges.

Chinese exchanges have in effect become frontline regulators under direct control of the securities watchdog, said Tang Xin, a law professor at Tsinghua University. As they work to contain risks to the financial system, they don’t regulate trading in a completely market-oriented manner, Tang said.

This level of government intervention means Chinese exchanges are less competitive than their foreign counterparts, especially as the prevailing trend for exchanges is to move toward a for-profit model, analysts said.

For the Guangzhou Futures Exchange, getting the go-ahead from the regulator will be just the beginning of its saga.

Under current regulations (link in Chinese), the Guangzhou Futures Exchange would not be able to distribute profits to shareholders, a source close to the CSRC told Caixin. This hang-up is a major reason why authorities have struggled to finalize the list of its private shareholders, as no one would be willing to sign on if their investment yields no return, said a general manager of a futures company.

Also, the appointment of the new exchange’s leadership will be largely in the hands of Chinese regulators, at least in the beginning.

The biggest challenge to adopting a corporate system is to impose a market-oriented strategy, which may be difficult for the Guangzhou Futures Exchange to accomplish in the short term, said Lu Dayin, general manager of futures company Shanghai Dongzheng Futures Co. Ltd.