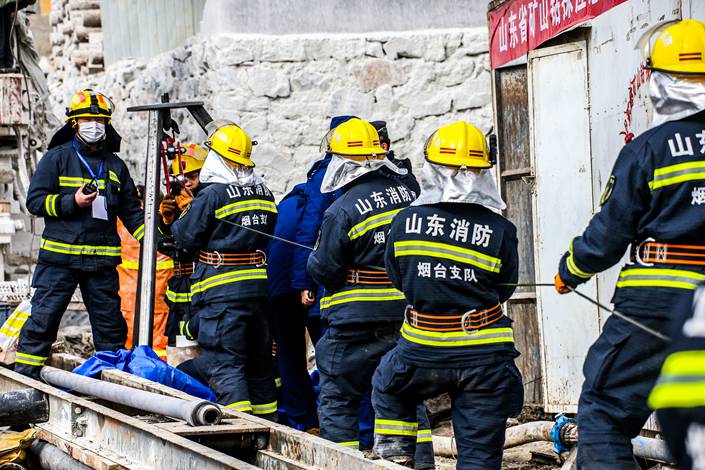 (Bloomberg) — Nine workers trapped by a blast at a gold mine in east China’s Shandong province two weeks ago were rescued and brought to the surface on Sunday, state media CCTV reported.

The blast on Jan. 10 trapped 22 workers about 600 meters (1,950 feet) underground. Rescuers had established contact with 10 of them before Sunday, and they were reported to be in good physical and psychological condition. One miner died after suffering a head injury, Xinhua News reported earlier.

The rescue team warned last week that their efforts faced challenges in trying to reach the miners because they have to cut through hard rock. The miners had requested an additional phone and more food.