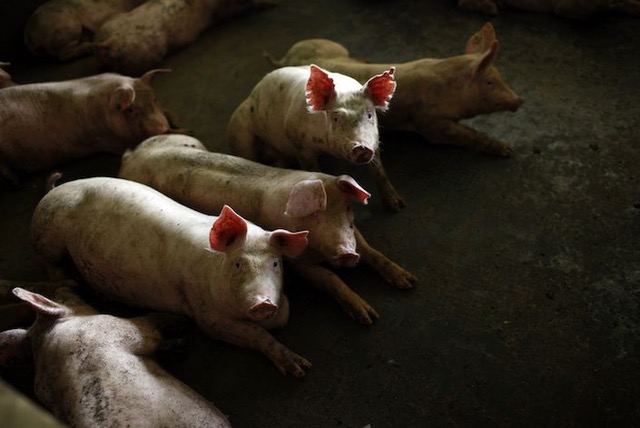 Pigs gather in a pen at a farm in Jiaxing

The world’s biggest pork producing and consuming nation is scooping up unprecedented quantities of soybeans and corn on world markets for domestic hog herds that are rebounding after being devastated by African swine fever.

The crushing of beans produces not only meal, a component of livestock feed, but also oil, palm’s top rival in the food and biofuel industry. Those increased supplies now threaten to reduce China’s purchases of palm oil just two years after they surged to a record when a U.S.-China trade war curbed imports of beans.

“The extra soy oil supplies will replace imports of palm oil and other edible oils,” said Shi Lihong, an analyst with China Futures Co. The recovery in hog numbers will boost soymeal demand by 8% to 10% and drive bean imports to a fresh record, she said. Overseas purchases of palm oil by China, the second-biggest importer, are likely to drop to a three-year low in 2020–21, she said.

Palm oil has also been expensive compared with soybean oil in global markets, trading around parity for a while in the final quarter of last year versus the usual discount, and discouraging purchases by global buyers.

Benchmark palm oil futures doubled from their low in May to reach a 10-year high this month on the back of shrinking supplies in Malaysia, the second-largest producer. Soybean oil trailed, increasing just 70% over the same period.

On top of the high prices and export taxes that may deter aggressive buying, China has completed restocking for the Lunar New Year holiday, said Ivy Ng, head of research at CGS-CIMB in Kuala Lumpur. The festival, in mid-February, typically drives up consumption of palm oil to fry dumplings and spring rolls.

“Judging by the palm oil volumes bought at the end of last year, they could have enough to take them through Chinese New Year, so they wouldn’t be buying now,” she said. “Buyers may do some restocking in March or April, but that’ll depend on the take-up during the festive season and by how much they’ll need to replenish reserves.”