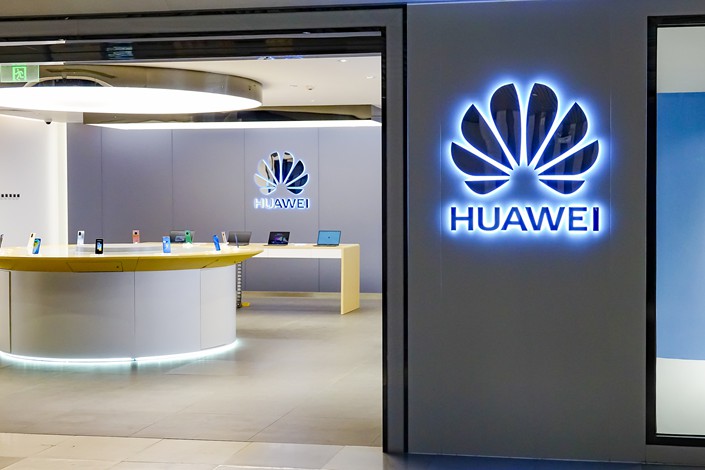 U.S. sanctions-hobbled Huawei Technologies Co. Ltd. managed to retain its crown as the leading smartphone brand in its home China market in the final quarter of 2020, even as it continued to hemorrhage market share to a resurgent Apple Inc. and hometown rival Xiaomi Corp.

Huawei’s smartphone shipments in China tumbled 34.5% to 21.7 million units in last year’s fourth quarter, giving it 25.1% of the market according to data released on Tuesday by IDC. While the decline was steep, it was less severe than a 42.4% decline for its worldwide shipments during the quarter, as the company was forced to ration its limited stockpile of components for making cutting-edge 5G models.

U.S. sanctions against the company have cut it off from many of its suppliers and forced it to rely on existing stockpiles, with analysts saying the company may only have enough 5G chips to last it through the first part of this year. The company has shifted focus to its home market as it runs low on supplies, relying on China for about two-thirds of its sales in the fourth quarter, according to calculations by Caixin using IDC data. The company also spun off its lower-end Honor smartphone brand in November to free it from the crippling U.S. sanctions.

“Huawei’s market share dropped below the 30% mark for the first time since it encountered the U.S. trade restrictions,” said IDC analyst Will Wong. “The decline indicates a good opportunity for its competitors in the year ahead, but it’s also expected to intensify the competition.”

While Huawei stumbled, Apple gobbled up a 34.7% growth in shipments in China during the fourth quarter. It delivered 16.7 million iPhones in China for the period, giving it 19.3% of the market and putting it in a tie with local player Oppo for the No. 2 position. Apple’s big gains paralleled a similar global surge that made it the world’s best-selling brand during the quarter, as it capitalized on popularity for its new iPhone 12 series.

Local player Vivo finished fourth in China with 17.8% share, as its shipments rose 9.2% for the quarter.

Xiaomi was the other big story in China during the quarter, with its shipments jumping 48% to give it 13.7% of the market, making it the fifth largest player. IDC said Xiaomi saw particular strength in China for its low-end Redmi line of products.

“Xiaomi’s 2020 performance was mainly supported by its well-positioned product lineups and its offline penetration in the lower-tier cities, which resulted in more than 29% year-on-year growth in the second half of the year,” IDC said. “Its growth in the fourth quarter of 2020 was driven by the Redmi Note 9 and Redmi 9 series, with the former contributing more than 2.5 million shipments in a month.”