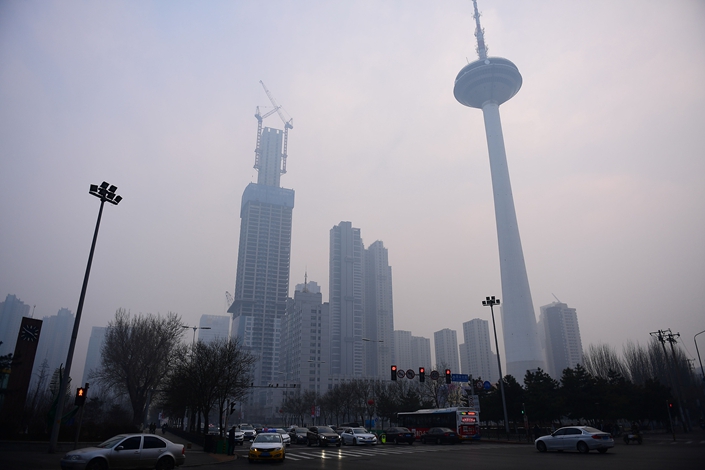 (Bloomberg) — China saw a record number of corporate defaults last year and that trend looks set to continue as policymakers try to tighten credit and pull back on stimulus this year.

Those stresses aren’t distributed evenly across the country though, with companies in the provinces of Liaoning, Qinghai and Henan facing the most difficulty in raising funds at the moment, according to Bloomberg analysis of all corporate bonds issued in China.

The data shows that firms in those three regions issued new bonds equal to less than 30% of the debt that matured over the last three months. Firms in other provinces such as Anhui and Zhejiang were in a much better position, issuing 251% and 171% more bonds than maturing debt, respectively. The ratio was 116% nationwide in January.

The wide variation between provinces highlights another aspect of the unbalanced nature of China’s recovery, with the richer eastern provinces booming but other areas such as the rust-belt north-east being left behind. Those provinces tend to have weaker government finances, which can limit their ability to help struggling companies and bail-out state-owned enterprises.

“The track record of provincial government’s support to local state-owned enterprises and other companies would be important to look at when evaluating the province’s credit risk,” said Chuanyi Zhou, a credit analyst at Lucror Analytics in Singapore.

As the heartland of China’s rust-belt industrial base, Liaoning province has long been troubled by a weak economy. Almost 4.8% of loans were classed as nonperforming at the end of the first quarter of 2019, according to the banking regulator, compared with 1.8% of loans nationwide at that time. Brilliance Auto Group Holdings Co. Ltd., a large state-owned company, defaulted in November, increasing concerns about the province’s finances.

Companies in Liaoning only raised enough money to cover 17% of maturing debt over the past three months. Firms in Qinghai were able to replace 22% of maturing debt, and those in Henan borrowed an amount worth 29% of the debt that matured, meaning a large decrease in total credit for these three areas.

China has in recent months rolled out more measures to reduce financial risks and lower the speed at which debt is growing. That can be seen in the decline in the nationwide refinancing ratio, which peaked in April.

A ratio of more than 100% means more debt is issued than matured, and below 100% means that new debt isn’t keeping up with maturities. A score of 0% means there was no new debt issued.