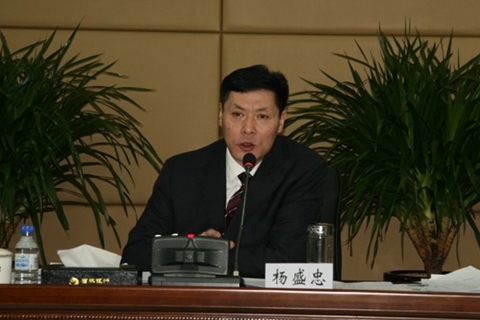 What’s new: Yang Shengzhong, a former Bank of Jilin vice president, was sentenced to 20 years in prison for corruption and bribery, a local court said.

Yang was accused of embezzling more than 4 million yuan ($619,000) and accepting bribes of at least 15 million yuan during his tenure as head of the Jilin and Liaoyuan branches of Bank of Jilin, a commercial lender in northeast China’s Jilin province.

The context: Yang is among several senior executives of Bank of Jilin who were investigated for graft, exposing the lender’s internal control flaws.

In November, bank Chairman Zhang Baoxiang was removed and placed under investigation. One month later, former Vice President Wang Anhua was sentenced to 14 years in jail for taking bribes.

Yang, 57, joined Bank of Jilin in 2009 and became vice president in 2016. He was placed under graft probe in December.

According to the bank’s financial report, South Korea's KEB Hana Bank is the largest shareholder of Bank of Jilin with 12.7% followed by shareholders backed by the Jilin government. As of the end of September, the bank had total assets of 428.8 billion yuan.