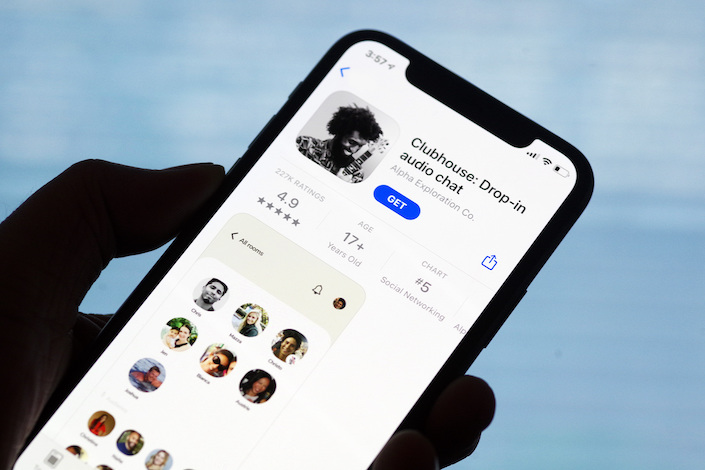 (Bloomberg) — Users of red-hot social media platform Clubhouse in China said they were unable to use the app Monday after an explosion of discussions over the weekend on taboo topics from Taiwan to Xinjiang.

Reports of users being unable to use the invite-only, audio-based app appeared on other social-media platforms such as Tencent Holdings Ltd.’s WeChat and Sina Corp.’s microblogging platform Weibo. On Twitter, which is blocked in China, users claiming to be in the country posted screenshots of Clubhouse’s home screen saying that an error had occurred and that a secure connection to the server could not be made.

Clubhouse erupted among Chinese users over the weekend, with thousands joining discussions on contentious subjects undisturbed by Beijing’s censors.

On the app, where users host informal conversations, Chinese-speaking communities from around the world gathered to discuss China-Taiwan relations and the prospects of unification and to share their knowledge and experience of Beijing’s crackdown on Muslim Uighurs in the far west region of Xinjiang.

Until mainland-based users began experiencing technical difficulties, Clubhouse was gaining traction in mainland China. The hashtag #Clubhouse attracted more than 51 million views on Weibo, while the question “Why is Clubhouse so popular” generated hundreds of answers on Zhihu, a Chinese Q&A site. The surge in interest also created a new business, as dozens of stores on Alibaba’s online marketplaces appeared to be selling invitation codes to the app for as much as 288 yuan ($44.60) each.

The company did not immediately respond to a request seeking comment.