Coronavirus Unlikely to Have Leaked From Wuhan Lab, WHO Team Says 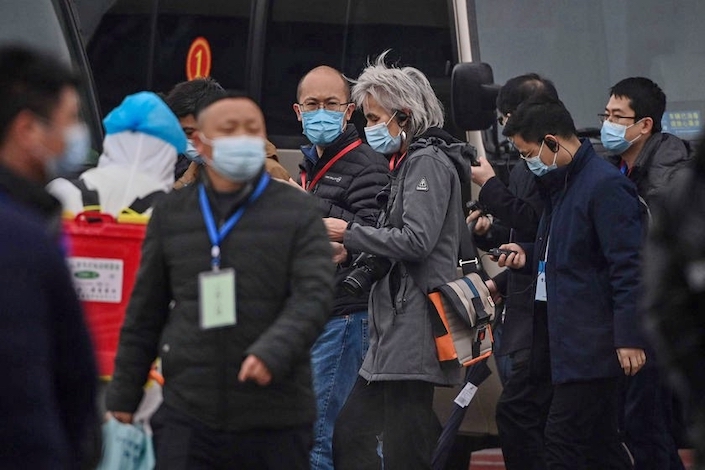 A WHO expert walks to the cold storage area in the Baishazhou market, one of the city’s largest agricultural product markets.

A World Health Organization team found that the novel coronavirus behind the Covid-19 pandemic was “extremely unlikely” to have resulted from a lab-related incident.

No further research is needed to look into the theory about a leak, Peter Ben Embarek, a WHO official, said Tuesday at a press conference after a 12-day investigation in Wuhan.

Scientists on the mission said the virus probably jumped to humans from an animal, but they were unable to conclude whether the virus passed directly from animal to human or through an intermediary host.

“Among the more interesting products were frozen wildlife animals,” Ben Embarek said. “Some of these species are known to be susceptible to these kinds of viruses.”

Evidence suggests that the coronavirus could have been circulating for weeks before it was identified in central China’s city of Wuhan in December 2019, Chinese and WHO delegations said at the press conference.

“This indicates the possibility of missed reported circulation in other regions," said Liang Wannian, the head of the Covid-19 panel at China's National Health Commission, who led the Chinese team assisting in the WHO probe.

But the team concluded that there was no evidence of significant outbreaks in the country before December 2019, WHO experts said.

The WHO team arrived in Wuhan, the first epicenter of the pandemic, Jan. 14 after a two-week quarantine. The delegation came to investigate the origins of the novel coronavirus behind the deadly and still raging pandemic. The panel, comprising 17 Chinese and 17 international experts.

Members visited key sites including a seafood market previously believed to be the origin of the outbreak and the Wuhan Institute of Virology, which has been involved in coronavirus research.

The Tuesday briefing released the first details of findings on the origins of the virus. WHO experts also pledged to examine reports of early cases of the virus outside of China.

The pandemic has killed more than 2.3 million people worldwide, according to a tally by Johns Hopkins University.